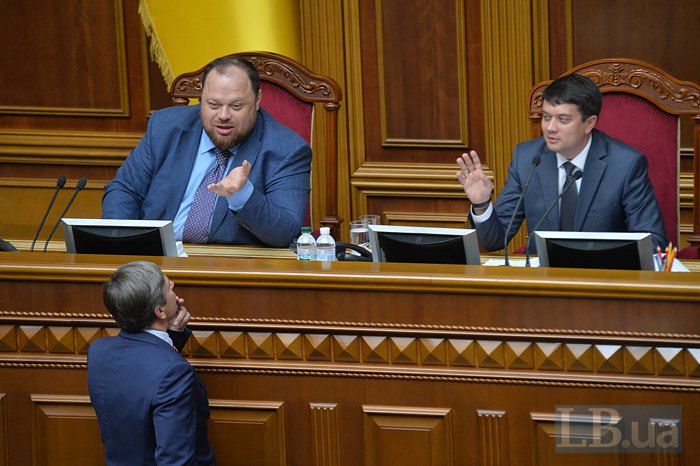 A recent example is the failure on 19 September to pass amendments to the Criminal Code, which would allow searching MPs without a court warrant (196 votes in favour); the reluctance of the Servant of the People faction, especially among its members elected in single-seat constituencies, to support equity contributions in development projects (when they realised that there were not enough votes, they simply removed it from the agenda), cash registers for individual entrepreneurs (the bill was passed after all on 20 September), a number of changes concerning civil service, etc.

Of course, the Servant of the People leadership has an explanation for each particular case. For example, the fiasco with bill 1009 (the very amendments to the Criminal Code) is attributed to the "corrupting influence" of European Solidarity and the so-called For Maybach group (as they call the For the Future group on the sidelines). It is alleged that the old-timers put "moral pressure" on unstable newcomers, scared them with the prospect of persecution, harassment and searches: "They took them out of the room for a coffee practically during the voting. Our fellow colleagues are still emotionally unstable, so they went." Even the urgent status of the presidential bill did not impress them.

In fact, MPs simply got tired of behaving like obedient silent sheep. And some "servants" – oh my - even began to read and independently analyse the proposed bills.

And it did not begin yesterday but two weeks ago during the voting on the law "On impeachment". It got its 244 votes (from the Servant of the People alone), but Opposition Platform-For Life, European Solidarity, Fatherland, For the Future and Voice gave "zero" votes at once. Thus, they have presented a fundamentally new look of the parliamentary screen. 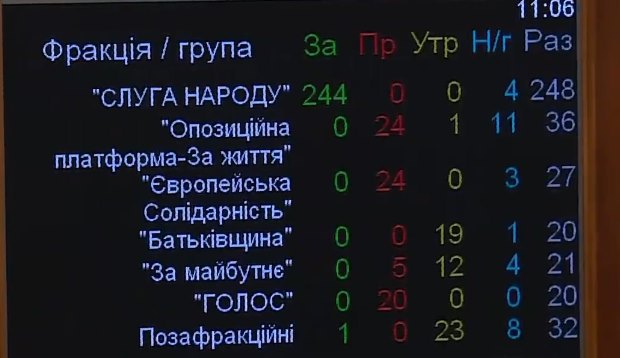 In football, this is called an "offside trap". Сould you imagine how they must have driven MPs over the edge so that Vakarchuk and Medvedchuk formed a situational tandem? (It is by no means a permanent alliance, but still. A historic one, perhaps).

The demarche was already a last resort. A signal that it is necessary to negotiate. And not only with their own.

This was preceded by an honest attempt to bring them to senses and establish cooperation. A "delegation" of representatives of several non-progovernment factions went with this message to speaker Razumkov first.

Their reasons were simple: the independence of parliament as an institution benefits everyone. Both MPs (understandably), and society (understandably), and Razumkov himself (who is not interested in being a non-independent figure) and even Zelenskyy (an "intractable parliament" is a very convenient excuse for international partners if they insist on something ambiguous, the ratification of the Minsk agreements, for example). "What am I? I understand everything. And I share the sentiment. But I have a directive, more than 150 bills in three weeks. All of them are important and priority ones," Razumkov gestured helplessly, pointing up to the ceiling.

Then the walkers went to Bankova. Zelenskyy did not receive them and let Bohdan deal with them. He reacted in his usual manner. "What?! MPs? No, my friends, you are nobody and nothing. You do not have a people's mandate. There is only one mandate in this country and it belongs to Volodymyr Zelenskyy." Andriy Bohdan was speaking in the same tone as unforgettable cartoon character Masyanya, who once exclaimed: "Who?! Director? Go to hell, director!"

I am not quoting this dialogue word by word but in a very similar vein. The walkers were particularly offended by his remark about the "absence of mandate".

As a result, the parliamentary screen was full of zeros. As I have said, it got a new look. 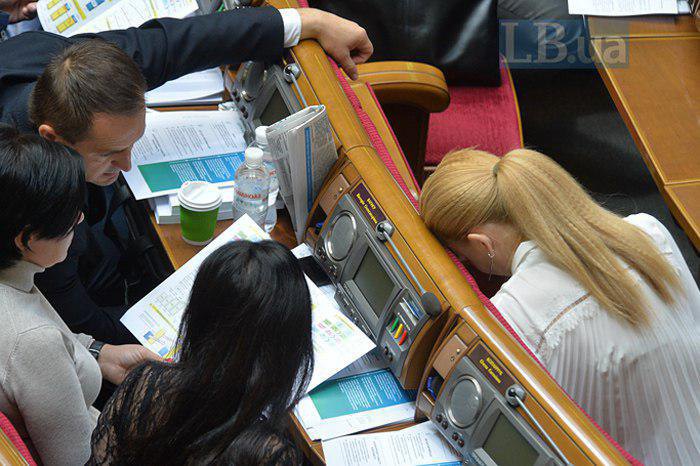 The conclusion from what happened is unequivocal: the Servant of the People is not a monolith. They have no independent 300 votes. And they will not have them in this convocation. They cannot even form a simple majority of 226 votes on their own. If not for Kolomoyskyy who controls, according to various estimates, from 30 to 40 MPs.

Ihor Kolomoyskyy realised this very quickly. Actually, he is the quickest thinker in our country. So, when he realised that, he went to the Presidential Office where he brought it home how much 30-40 extra "bayonets" would cost them and how.

It is noteworthy that the very next morning after this meeting, a number of searches were carried out at the offices of nationalised PrivatBank. Their goal was clear, they were searching for documents without which it would be very difficult for the state to defeat the former owners of PrivatBank in international courts.

He mentioned this, by the way, at the Yalta European Strategy forum which Ihor Kolomoyskyy suddenly attended as an honorary guest. The founder of the event, Victor Pinchuk (who is also a very good thinker), met him with special honors, understanding that Kolomoyskyy has a "golden share" today not only in parliament but in respect of the country as a whole. Indeed, if you "pull out" a "brick" from the parliamentary monolith, it will turn out that the "king" (meaning Zelenskyy) is naked. That the system tailored to him by Bohdan does not work. That MPs do not march in one line, do not take the oath unquestioningly, which means it is almost impossible to complete the actual formation of the presidential republic (instead of the parliamentary-presidential one stipulated by the current Constitution). Yanukovych needed a decision of the Constitutional Court for this purpose in 2010, the Servant of the People thought they could get by with "little blood" but they could not bring the idea to completion. 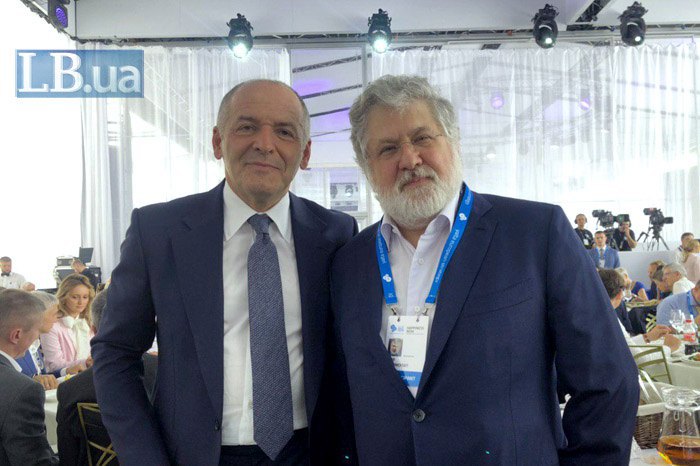 What follows from this?

Let us look at this in detail:

- the majority in parliament is fragile. Highly. Without Kolomoyskyy's "bayonets", it cannot exist in principle. He has a golden share. This week has already shown that during important votes (and they are all important now), Servant of the People leaders need to "hedge their bets" by persuading Voice and/or Fatherland to support them, as was evidenced by David Arakhamiya’s behaviour;

- there is no talk of the constitutional majority in principle. Some rare, mutually beneficial for all, exceptions (like the reshuffle of the Central Electoral Commission) do not count. Why is it good for Fatherland, for instance? If it does not give a vote for the dissolution of the Central Electoral Commission, it will not get a single seat in its new composition, as easy as pie;

- it is no longer possible to "corral" all MPs "into a sty" as it was planned in the first days of parliament's work. The imperative mandate has failed, which means there is no control over them;

Now let us take stock of the consequences.

One is for Ihor Kolomoyskyy.

The other is for parliamentarianism and the country as a whole.

So, having a “golden share”, on the one hand, opens up wide opportunities for Kolomoyskyy, like settling old scores and achieving new goals. But it also poses serious risks. Because the phrase "when, if not now", which he has been so fond of lately, is fraught with many hidden threats. For example, he may turn into an enemy of our foreign partners. If not into an enemy of the state itself (as an institution). 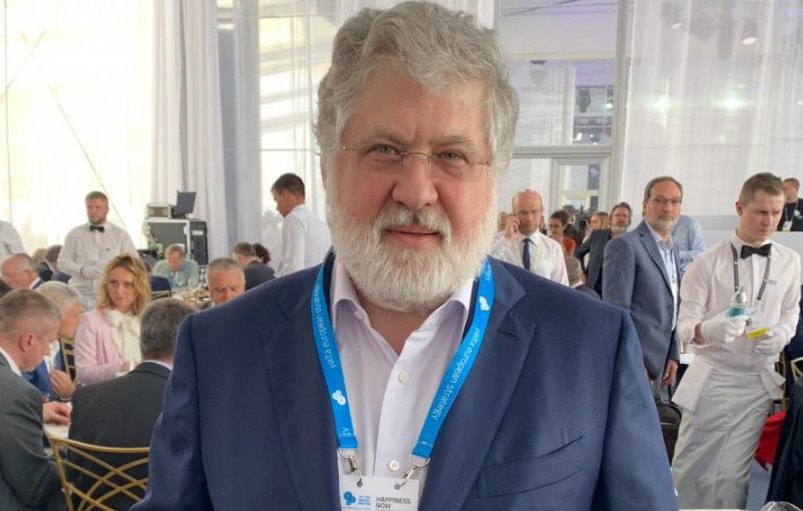 As for the other one, hope prevails here: parliament is evolving from a place of "total approval" into a "platform for discussion", which is what a parliamentary-presidential (as yet formally) republic should be like. In the current conditions, sooner rather than later, the Servant of the People will have to form a coalition tandem (possibly unofficially) with Fatherland, Voice and part of "independent MPs from single-seat constituencies". Or they will be forced to satisfy the whims of the owner of a golden share on a daily basis.