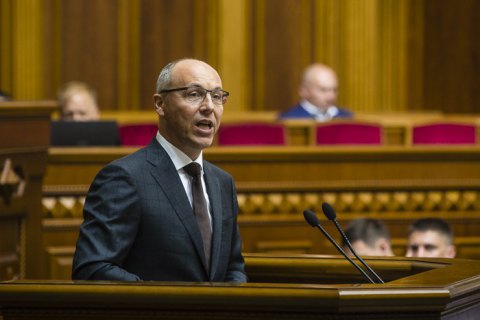 In late August, the State Bureau of Investigation (SBI) opened a criminal case over the "creation and coordination by Andriy Parubiy of civil armed groups to stage mass riots in Odesa on 2 May 2014", the ex-speaker of the Ukrainian parliament has said on Facebook.

"This document… is no surprise, in fact. What is surprising is that the text does not speak (yet) about the 'organization, coordination and conduct by Parubiy of a coup d'etat under the codenames Maydan, the Revolution of Dignity', about 'the illegal ousting of lawfully elected President Yanukovych', about 'the seizure of power by an organized crime ring', about "criminal counteraction to the state policy of Ukraine's reintegration into the single space with the brotherly Russian Federation' and so on. Although one can already clearly read this between the lines," Parubiy said on Facebook.

He was the secretary of the National Security and Defence Council in May 2014 when violent clashes broke out in Odesa. As a result of fire at the local Trade Union Building, over 40 people were killed.

In 2015, Parubiy said that the Russian special services allocated a large amount of money to have him kidnapped. He was allegedly to be taken to Russia for a show trial in the 2 May 2014 riot case.

Parubiy said that he did what he could to protect Ukraine by counteracting the seizure of southern and eastern regions by Russia. He called the SBI actions "absurd".