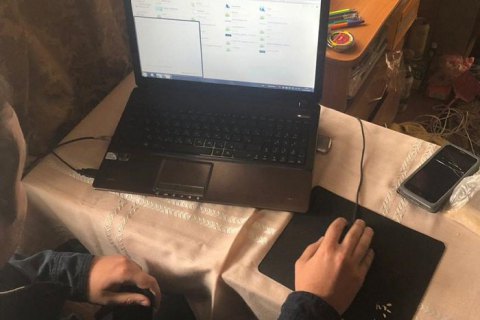 The cyber police have exposed an 18-year-old resident of Ivano-Frankivsk Region who distributed malware which allowed him to gain remote access to infected computers.

"Employees of the Carpathian directorate of the cyber police found out that the young man bought the virus off DarkNet. He modified it and distributed the malware among his friends and acquaintances, later he put it online for everyone to download. The criminal masked the file as a web browser and as a computer game update," the cyber police said.

After infection, the hacker gained full access to affected computers, including any sensitive information they stored, such as logins and passwords to various accounts.

Police searched his house and confiscated his equipment for examination. Efforts are being taken to identify his victims.

Police are investigating the case of unauthorized intrusion into the operation of computers, automated networks, computer networks or power grids (Article 361 Part 2). The hacker risks up to six years in prison.