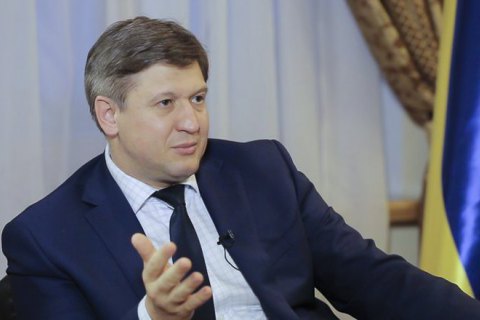 Ukraine does not want "special status" for certain areas of Donetsk and Luhansk regions (ORDLO) to be a tool for putting pressure on the country's domestic policy, the secretary of the National Security and Defence Council, Oleksandr Danylyuk, said in an interview with the Spanish newspaper El Pais.

Danylyuk noted that one of the most controversial issues is the so-called "special status of Donbas". The parties to the conflict have different interpretations of the concept, which are being discussed in Minsk under the auspices of the OSCE. In particular, the Russian media interpret "special status" as the autonomy of the so-called DPR and LPR or federalisation, the status of which should be embeddedin the Constitution of Ukraine. The Ukrainian media describe this process as "decentralisation", which does not require amending the Constitution.

"Ukraine is a sovereign and unitary state. We will never agree that someone from outside, through special status, can influence our decisions as a sovereign country, influence our domestic and foreign policy directions or our alliances. This is a decision of our people, and we don’t want special status to become a tool for putting pressure on the domestic policy of an independent state," he said.

Danylyuk is convinced that Russia is trying to play the "federalisation" card.

"Definitely, this is a way of destabilizing and dividing the country into two parts. Our answer is no! This will not work," he said.

Before the presidential election, Volodymyr Zelenskyy said that Donbas should not have special status.