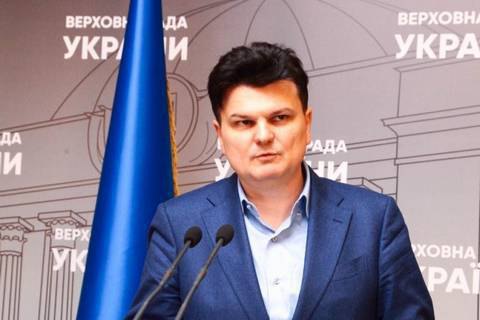 Servant of the People MP Ruslan Gorbenko has tested positive for the Covid-19 coronavirus.

He said that he had to take three tests for a conclusive result.

He noted that he had not been in contact either with Trust MP Serhiy Shakhov or Opposition Platform-For Life MP Oleksandr Lukashev who are suspected of having contracted coronavirus.

Gorbenko said that he attended a parliament session on 17 March but was wearing a face mask that day. The next day he had fever and a day later he had cough.

On 21 March, he reported to hospital where he was found to have pneumonia in his left lung.

Nevertheless, the Servant of the People faction will not suspend operation, its deputy head Yevheniya Kravchuk said.

"We will take virus tests. If necessary, some of us will isolate themselves. We will do our best to have a capable parliament in this difficult for the country time, which can legislatively support the fight against the invisible and malicious enemy," she said on Facebook.