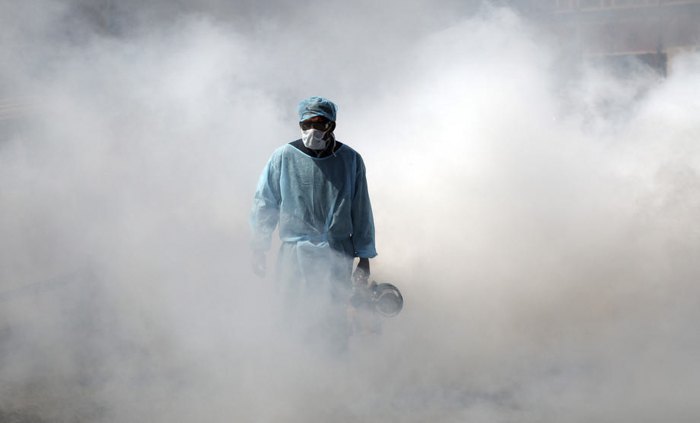 This process has its own dramaturgy. At the human level, inductive psychosis and panic are balanced by the mass heroism of doctors, volunteers, police, and journalists. At the state level, metamorphoses are even more contrasting. Countries with advanced healthcare fail the exam, while others pass it with honour.

Ukraine is to take its own path to victory. Perhaps someday we will appreciate the decisiveness of the Ukrainian leadership and the tough preventive measures. Looking at Italy, we see what it means at the moment to be late. You need to have an iron will and confidence that what you are doing is right to introduce a quarantine in the absence of an obvious (realizable by people) threat. Government job is always thankless. Especially today. When a tangible risk is added to responsibility.

Today, there are two ways to deal with a pandemic. The first (very risky) one is the so-called "collective immunity." Great Britain and Sweden have taken this path. The second way is isolation. Both Great Britain and Sweden are slowly sliding towards isolation all the same. Timely isolation is efficient. The untimely one results in victims. Therefore, the call "Stay home!" is sometimes backed up by the coercive power of the state. And the better it is done, the faster the decline in the pandemic will begin. 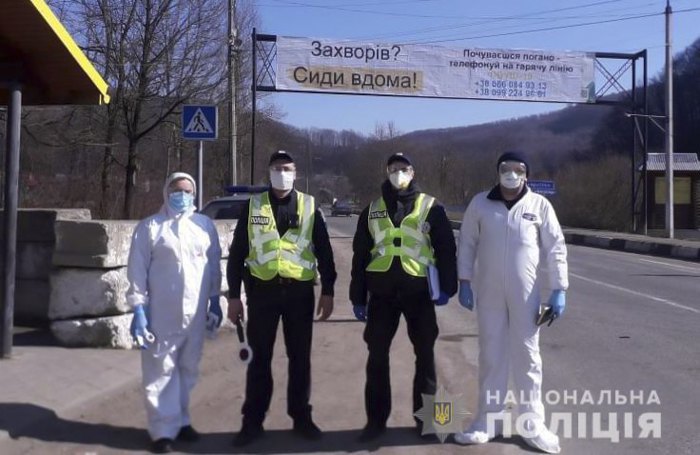 Let me add the following to the "Stay home!" recipe: "Do not read or watch bad news." All that a person needs to know, you will know. About security measures, about prevention, etc. You will also quickly find news about the victory. Nothing else matters.

At the same time, the anti-heroes of our time are not only those who profiteer on food, medications and airline tickets, but also the authors of bad news, fakes. Not to become a killer means not only to self-isolate and prevent the spread, but also, if possible, to isolate others from the "horrors of what is happening". I deliberately give no examples of such news, given their iatrogenic, psychologically destructive nature.

An old parable is currently popular the world. A pilgrim met a traveling Death in the desert. "Where are you going?" the pilgrim asked her. "I'm going to Damascus, I'll take a thousand lives there," Death replied. They parted ways. And when they met again, Death had 50,000 lives with it. "You said you were after a thousand," the pilgrim was surprised. "So I took a thousand," Death said. "The rest was taken by Fear." Therefore, responsibility for words today lies not only with journalists (today they perform their duty risking their lives at times), but also with every person. Be responsible while transferring information to other people by publishing posts on social networks. Also, the state must say its word, suppressing the spread of fakes and panic news. This is not an attempt on the freedom of speech, it is a state measure to protect citizens in an emergency. Because there are whole states acting as anti-heroes, spreading fakes and destabilising the situation. Moreover, these fakes are of high quality and efficient.

But back to the heroes. Recently, a tradition has appeared in France: every evening at 8 p.m. people go to the balconies of their apartments to greet their heroes - doctors, volunteers, police officers (who mercilessly fine quarantine violators), and rescuers. This is an inspiring sight of people applauding and singing the Marseillaise. 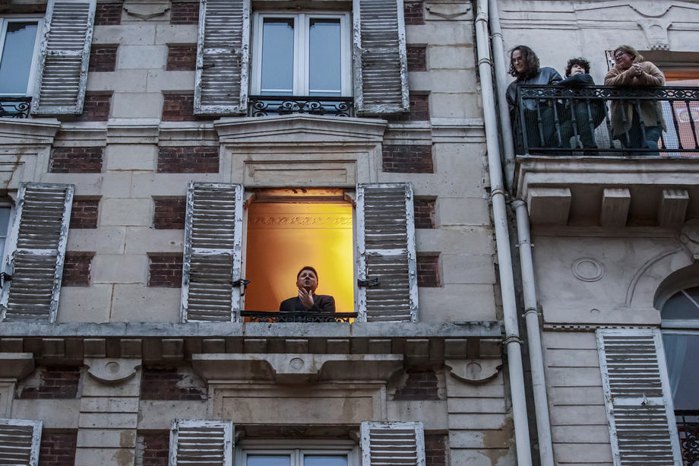 Photo: EPA/UPG
French tenor singer Stephane Senechal sings at his window for the inhabitants of his street in Paris, France, 21 March 2020

So let us praise our Ukrainian heroes: doctors who rescue us, our police officers who remain on duty, journalists who report while risking their lives, our diplomats who have transported tens of thousands of fellow citizens to their homeland, thus actually saving them. Every evening at 8 p.m. Let our heroes hear that we remember them. Pope Francis XVI during the Sunday service called for a prayer for authorities that make difficult decisions for our good and for those who help implement these decisions for our good. For our heroes.

And instead of spreading bad news, let us seek and share good news, those which give hope. A lot of them. And there will be even more.

P.S. The most encouraging images that have circled the world are those of Chinese doctors taking off their masks as a sign of victory.

Let us support our heroes. Let us bring closer the day when Ukrainian doctors will take off their masks.