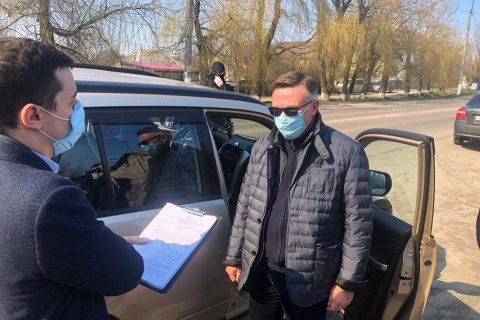 Kyiv's Shevchenkivskyy district court will select a measure of restraint for him.

"Leonid Kozhara and his wife have insisted since the very beginning and still do that Serhiy Starytskyy committed a suicide," Herashchenko said.

He went on to say that having checked the details of Starytskyy's death, investigators and prosecutors concluded that this could not be a suicide.

A former direct of Inter TV and director-general of Atlantic Group, Serhiy Starytskyy, died from a gunwound in Kozhara's house on 21 February. At the time, there were three people in the house: the Kozhara couple and their guest. All of them were drinking alcohol.

Kozhara's wife said that the guest had shot himself in the head from Leonid's pistol. However, new details that emerged the next case suggested that he could not commit a suicide. Therefore, police opened a case on deliberate murder.

The Kozhara couple were not considered suspects at first.On 2 March, police failed to hold a crime re-enactment because Kozhara checked into a hospital and his wife was not home either.

Kozhara was in charge of the Foreign Ministry from 24 December 2012 to 23 February 2014 when President Viktor Yanukovych was in office.