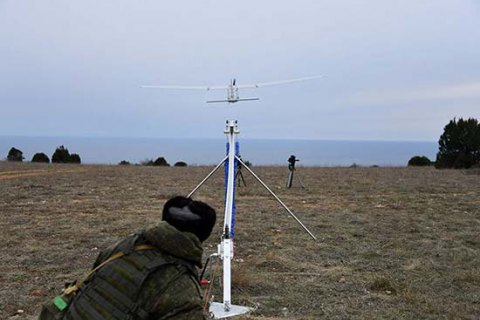 In the north of Crimea, the Russian military has deployed mobile hospitals and crematoria for soldiers. This was reported by the Representatiоnal Office of the President of Ukraine in the Autonomous Republic of Crimea.

"People are being forced to donate humanitarian aid and food for Russian soldiers, collection points have been set up in Dzhankoi, Alushta, and Simferopol. Mobile blood points are moving around the Crimea, persuading people to donate blood,” – the Representational Office.

In addition, the Mission says that in Dzhankoi, Simferopol, and Feodosia hospitals stop admitting patients and switch to receiving wounded Russian soldiers. Mobilization is also underway throughout the territory, and conscripts are being forced to sign contacts for service in the Russian army. The Representational Office receives appeals from Crimean Tatars who are being forcibly mobilized.

It should be reminded that the ZMINA Human Rights Center addressed the citizens of the Russian-occupied territories and explained what to do if the Russian military tries to "mobilize" them for war against Ukraine.

change your phone number or temporarily stop using it;

temporarily change your place of residence and do not report it in any way;

f you are still contacted, do not give up military service directly but justify why you cannot serve. The list of reasons is here.

If the occupiers "mobilized" you:

As soon as you enter the controlled territory of Ukraine (you will face the Ukrainian army), at the first opportunity surrender and report that you are a citizen of Ukraine from the Crimea, Donetsk, and Luhansk regions (even if you do not have documents confirming this, we will issue them). Then you will be only victims of war crimes and will be able to return home safely later.

Do not carry out illegal orders, do not shoot at civilians and objects of civil infrastructure. If you do so, such actions will be classified as crimes without a statute of limitations and sooner or later you will have to answer in court.