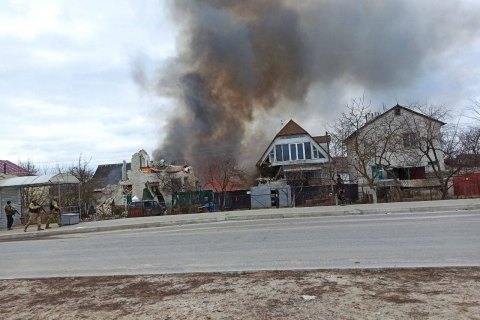 The head of the Chernihiv Regional State Administration, Vyacheslav Chaus, posted on his Facebook the video of one more interrogation of the Russian occupier pilot, Major Oleksandr Krasnoyartsev, whose plane was shot down by Ukrainian soldiers on 5 March in the sky over Chernihiv.

Particularly, answering the question of why Krasnoyartsev bombed residential areas with civilians, he said: "We were told that everyone had been taken out of here." He also added that he allegedly did not support the policy pursued in Russia today.

As reported earlier today, Ukrainian soldiers shot down an enemy SU-25 plane in the sky over Chernihiv today, 5 March. One pilot was killed, and the other one, Major Krasnoyartsev, was captured.

Also, the Ukrainian military in the Mykolaiv region destroyed four Russian helicopters. Three of them were shot down by a Marine.