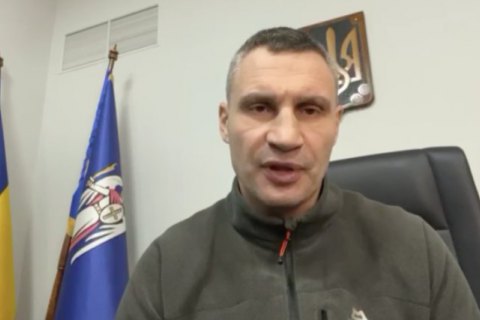 Kyiv City Council has approved an appeal to foreign countries, international organizations, and the world community to close the sky over Ukraine.

This was reported by the mayor of Kyiv, the leader of the party "UDAR" Vitali Klitschko.

The Kyiv City Council addressed its appeal to the USA, NATO members, European leaders, diplomatic missions, and international organizations regarding the introduction of A2/AD zone over the territory of Ukraine.

"Contrary to the rules of warfare, the Russian Federation is barbarically attacking civilian objects from the air: homes, kindergartens and schools, hospitals and maternity hospitals. The fire is coming from the sky, it is targeted. At night, when the civilian population must sleep," the appeal said.

The appeal stressed that the argument to refuse to introduce A2/AD is connected with the desire to avoid a nuclear war is not convincing, as Russia has already started it.

"Today, the Russian Federation controls not only the Chernobyl nuclear power plant, where the occupiers are holding hostages and do not allow replacing of 95 workers since February 24. Today we are talking about the Zaporizhzhya nuclear power plant, the largest in Europe, that has six power units. If the Zaporizhzhya NPP explodes, the consequences will be devastating not only for Ukraine but for the whole world," the deputies warn.

They call on the leaders of influential organizations to heed their people.

A Reuters/Ipsos poll shows growing outrage over Russia's invasion of Ukraine. About 74% of Americans, including most Republicans and Democrats, say the United States and its NATO allies should introduce a no-fly zone in Ukraine. Without any exaggeration, the only way for all of us to survive, I mean the entire world, is the A2/AD zone over Ukraine. Close the sky over Ukraine! Save not Ukraine - save the World!" emphasized in the appeal.

As a reminder, on February 27, US congressmen Gerry Connolly and Mike Turner asked President Joe Biden to close the sky over Ukraine, where Russian troops have been shelling and destroying core infrastructure, missiles hitting homes and killing people since 24 February.

The closure of the sky means that the sky is patrolled by military aircrafts and the airspace is protected by air defense systems. When the sky is closed, all military planes that fly into the no-fly zone are shot down.

President Zelenskyy believes that closing the sky over the Ukrainian state would not entail involving NATO countries in the war.