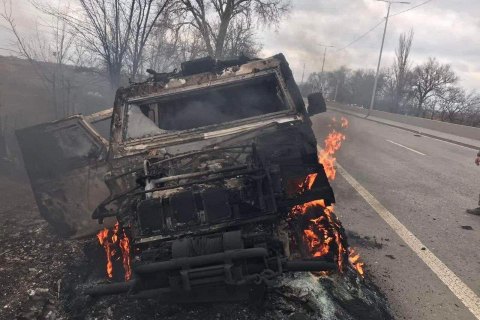 The Head of the Mykolaiv regional state administration Vitaliy Kim reported that the Russian occupiers were knocked out of the city and that there are no more enemy military vehicles present. Many vehicles were lined up, some were seized.

Vitaliy Kim told about it in a video message, Liga.net reported.

According to the Head, Ukrainian defenders shot down four helicopters from the anti-aircraft missile unit.

"Many thanks to the military for their work! Today they threw a thrashing perfectly, " he added.

Vitaly Kim noted that the Russians are fleeing mainly in the direction of Kherson.

"Orcs are hungry, they will ask for food. You can feed them and then detain them. So to speak, civil detention," he advised.

The head of the regional state administration also reported casualties among the civilian population. Among others, the Russians killed a huntsman and his son. Today at the Mykolaiv city boundary, soldiers of the National Guard and the Armed Forces destroyed an armored car of the occupiers and captured four Russian secret service men.