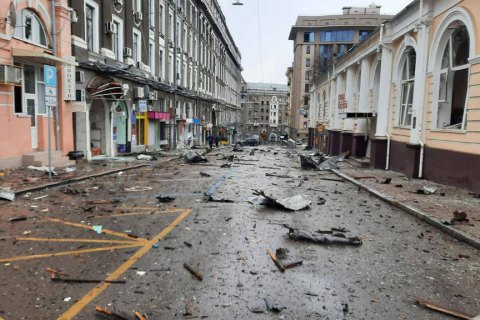 Kharkiv after the shelling by Russian troops

Supported by the unit of veterans of the marines of the Armed Forces of Ukraine, which is currently part of the Territorial Defense defending the country from Russian occupiers and the National Police, organized the evacuation of 150 children from orphanages in Kharkiv.

This was reported by the General Staff of the Armed Forces of Ukraine.

"We are currently organizing an operation to evacuate children. We want to take out all orphanages from Kharkiv. And we will try to take as many women and children as possible who cannot leave on their own," said one of the evacuation organizers.

As a reminder, the troops of the Russian Federation fire at peaceful quarters of Kharkiv for a few days. Today, about ten high-rise buildings were damaged due to airstrikes in the city. The Russian army has been shelling Kharkiv with artillery, a light artillery rocket system, and missiles for the past few days.