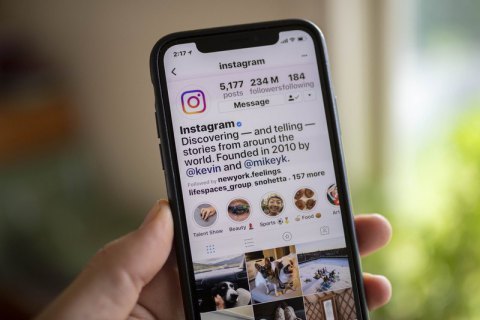 The Instagram social network will be blocked in Russia, the website of the Federal Service for Supervision in the Sphere of Telecom, Information Technologies, and Mass Communications says.

The Federal Service for Supervision in the Sphere of Telecom, Information Technologies, and Mass Communications claims that “informational materials containing calls for violence against the citizens of Russian Federation, in particular, servicemen, are being disseminated” on Instagram.

8.05 p.m. update: Instagram will be blocked on March 14, as the active users need time to transfer their information to other social media.

Facebook and Instagram users in some countries will be temporarily allowed to "call for violence" against the Russian military in the context of its military invasion of Ukraine.

A separate point indicates that the moderators will "turn a blind eye" to the publications wishing the death to Russian President Vladimir Putin and Alexander Lukashenko, who considers himself the President of Belarus. It is noted that calls for death will not be allowed "if they contain other purposes or have two indicators of substantial threats - location or method."