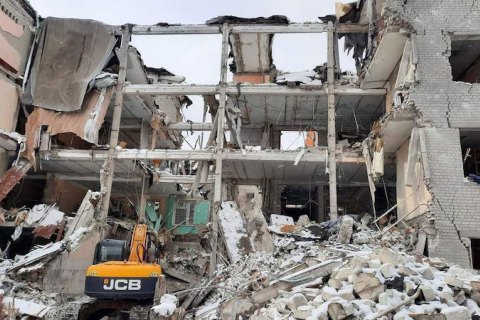 Rescuers of Kharkiv region continued to search for the bodies of those killed in the enemy bombing all day of March 11 and during the night. It is about the attack on the night of March 9-10, when the air bomb hit a two-story apartment building in the village Slobozhanske.

"In total, rescuers made more than 40 trips to put down fires and dismantle the rubble of destroyed buildings," the statement said.

Pyrotechnicians from the SES continued to dispose of unexploded ordnance. Approximately 40 addresses have been worked out.