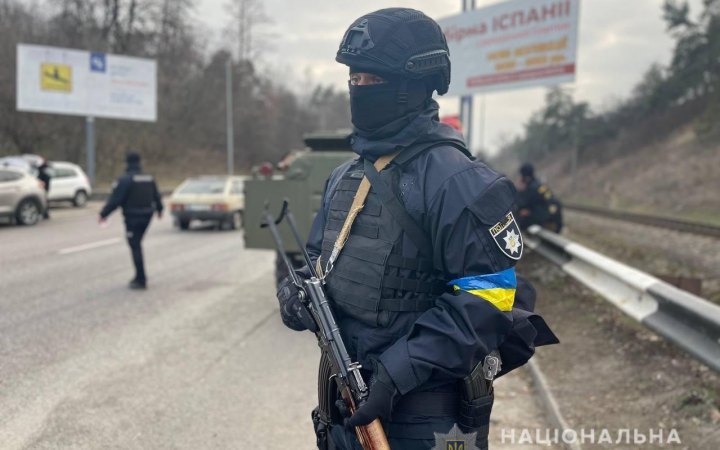 Together with the Security Service of Ukraine, the law enforcement officers detained two suspects at one of the checkpoints in Kyiv. The arrested men were found to be enemy agents, the head of the National Police of Ukraine, Ihor Klymenko, reported.

The detainees did not have any documents on them. The men could not clearly state their personal information; they were confused about the names. They did have weapons, military protective equipment, and a notebook with tasks with them.

“Also, one of the seized cellphones was connected to a Russian mobile operator, and there was an active connection with subscribers in the aggressor country. Besides that, the DVR was on in their cars, which is prohibited under martial law,” Klymenko said.

The detained men were handed over to the Security Service of Ukraine.

Today in Kharkiv, the regional prosecutor's office handed a suspicion of high treason to the 36-year-old man. Over Telegram, he provided occupiers with information on the location and movement of the military equipment and UAF personnel.

Earlier, Donetsk regional prosecutor’s office handed a suspicion to the married couple from the town of Pokrovsk, Donetsk region. The same suspicion was handed to Stremousov, a Kherson blogger who staged an interrogation of the “Ukrainian activist.”