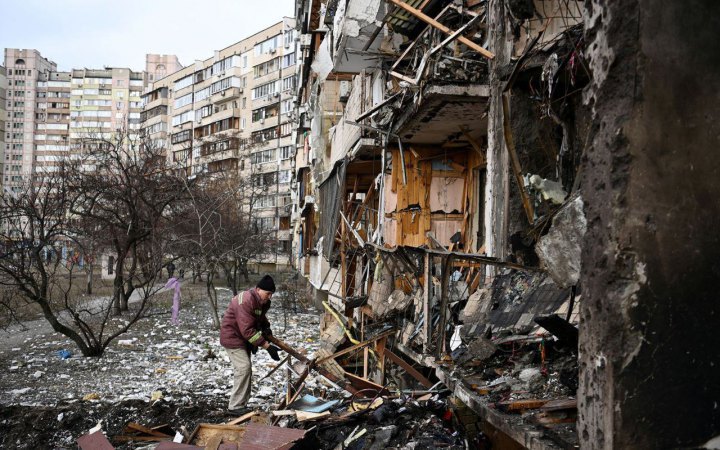 Consequences of the shelling
Photo: provided by OPU

Most Ukrainians are optimistic about rebuilding the country after the war with Russia.

This is evidenced by the results of a poll conducted by the group "Rating", which aimed to investigate how the war changed the ordinary lives of our citizens.

Thus, 51% of respondents believe that 5 years will be enough to rebuild the country, 13% - up to a year. More confident in this - in the west of the country, young people and those who were forced to leave their city or region. In the west, in contrast to the east, the war did not cause significant damage and allowed to preserve a more normal life and also adds optimism. People who have left their homes also hope that everything will be fine with their home.

At the same time, Ukrainians are ready not only to wait, but also to join the reconstruction of the country - 61% want to financially support or go to work on construction. 33% would like to, but do not have such an opportunity. And only 5% believe that this is a matter solely for the government.

Residents of the central parts of Ukraine, aged 18 to 50, and those who have left their city are more willing to join the reconstruction.

90% of respondents believe that Russia should compensate for Ukraine's economic and infrastructural losses as a result of the war. 21% of Ukrainians believe that European countries should join, 17% - international organizations, 12% - the United States and only 10% - Ukraine.

The vast majority of Ukrainians are confident that Ukraine will be able to repel a military attack by the Russian Federation. Confidence in victory prevails in all regions of the country.

Earlier the US Department of Defense has concluded that Russian troops are deliberately attacking civilian targets in Ukraine. Moreover, the Russian authorities have repeatedly confirmed this. In particular, Russian Foreign Minister Sergei Lavrov acknowledged that the bombing of a hospital and maternity hospital on March 9 in Mariupol was purposeful.

According to estimates by the Ministry of Economy of Ukraine, in just one week of the war, Russia damaged Ukraine's infrastructure by almost $ 120 billion, or almost 3.6 trillion hryvnias. However, the ministry also took into account the losses of the business, which had to close due to hostilities, and the blockade of the Black Sea, which prevents the export of goods from Ukraine.

Since 24 February, the occupiers have completely destroyed 651 houses and partially damaged about 3,780 residential buildings. As of 19 March, 489 educational institutions in Ukraine were damaged as a result of the Russian bombing.

It is not yet possible to calculate all the losses and destruction, as the Russians continue to bomb the infrastructure.