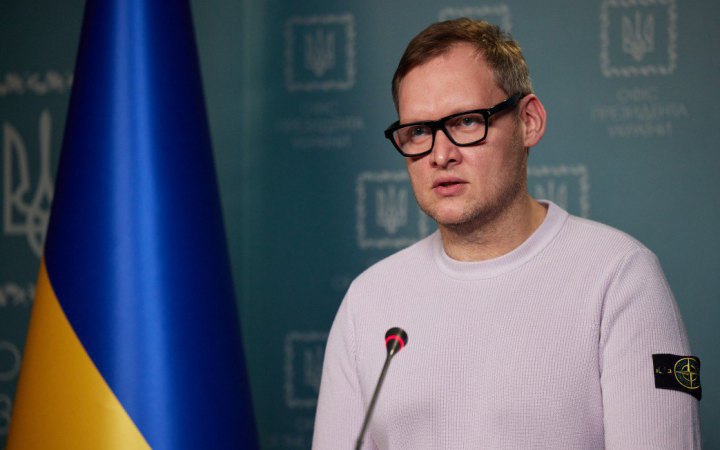 The world community supports Ukraine in bringing russia's military and political leadership to justice for crimes committed in our country. An international criminal tribunal will be set up to investigate russia's military aggression.

This was stated by Deputy Head of the Office of the President of Ukraine Andriy Smirnov, informs OP.

According to him, the civilized world continues to take unprecedented measures to combat outright cynicism and violations of international law by russia. Two resolutions were adopted at the session of the Parliamentary Assembly of the Council of Europe to continue the initiative to establish a special international criminal tribunal on the crime of russian aggression against Ukraine. The documents are devoted to the political and legal consequences of the war crimes of the russian Federation against our country.

“The PACE has supported Ukrainian and international initiatives aimed at ensuring the responsibility of the russian Federation, as well as its political and military leaders under international law. Among other things, the Assembly called on the countries to urgently create and finance a special international criminal tribunal to bring the russian leaders to justice for the crime of aggression”, Andriy Smirnov said.

He added that PACE resolutions contain specific recommendations on the authorities and procedure for establishing such a tribunal, which are in line with Ukraine's vision.

In addition, this week the Ukrainian delegation will take part in the representative International Conference “Criminal Liability for the Crime of Aggression against Ukraine”, organized by the Lithuanian government, and will hold further consultations with partners on the constituent documents of the future tribunal.

We are reminding, that on March 3, 39 countries filed a lawsuit with the International Criminal Court against russia for the barbaric invasion to Ukraine on February 24. Prosecutor of the International Criminal Court in The Hague Karim Khan (Great Britain) initiated an investigation into russia's crimes against Ukraine. He describes the actions of the occupier as “war crimes” and “crimes against humanity”.

The Ministry of Foreign Affairs of Ukraine believes that russia's top military and political leadership will definitely appear before the International Criminal Court and will be held accountable for every crime committed. This will be the Nuremberg Trials of the 21st century.