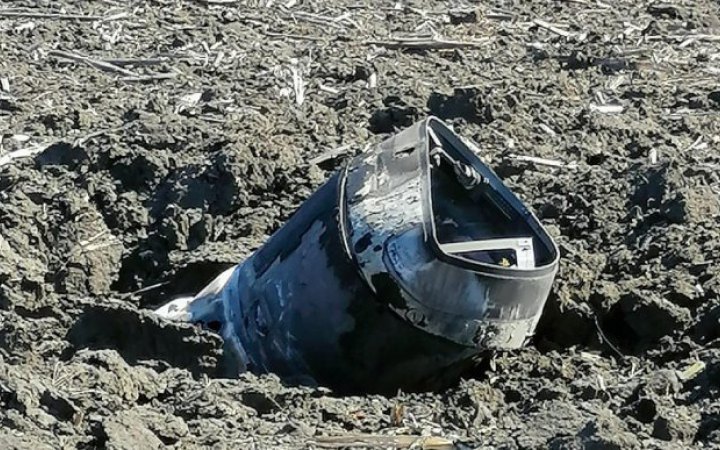 The outskirts of Kharkiv were shelled again at night. According to preliminary data, no-one was injured. In the region last night in the town of Barvinkove, Izyum district, an occupiers’ shell hit a two-storey apartment building. As a result of the explosion the body of the dead woman was found under the rubble. The fighting continues in the Izyum direction, - stated in the summary of the heads of Regional Military Administration.

In the Luhansk region, missiles and air strikes on Severodonetsk, Lysychansk, Popasna and nearby settlements. At least 62 people died in Belogorivka after the airstrike on a school. In Pryvillya, two boys were killed and their sisters and grandmother were seriously injured. At night, the russians opened fire on Shypilove. A two-storey house was destroyed there. According to preliminary information, 11 people were trapped. There is no information about the dead.

In the Donetsk region - air strikes and shelling from the artillery on Avdiivka, Svyatogorsk, Siversk, Lyman, Druzhkivka, Kostyantynivka, Maryinka, Toretsk and Ocheretin communities. For a day - 4 dead and 9 wounded. In the morning it is already known about one wounded civilian in Siversk. In the Toretsk community, a gas pipeline was damaged during the shelling. The occupiers continue to strike at industrial facilities, including the Avdiivka coke and chemical plant and phenol plant. In Mariupol: the operation to evacuate the civilian population continues.

In the Kherson region, the situation remains difficult, with explosions and shelling continuing. Steadily critical - in the communities on the border with Snihurivka, Mykolaiv and Dnipropetrovsk regions, as well as in all the villages of the former Velykooleksandrivsky, Belozersky and Novovorontsovsky districts.

The occupiers continue to seize the premises of local authorities: they seized the building of the Daryiv village council and the Tokariv Starostyn district. Workers were not allowed to work. Representatives of the Beryslav community also left the premises of the city council.

During a visit to the occupied region of Pushilin and Turchak, the collaborators noted that russia is "here forever" and they want to annex the Kherson region to Russia. The occupiers do not feel support from the residents of the region.

The Mykolaiv region and the regional center were fired at yesterday afternoon. In the Voznesensky district, a missile was fired at an infrastructure facility. During the day and night there were arrivals and shelling outside the village of Bereznehuvate. According to preliminary information, there are no victims.

Also russians fired at a residential area of Mykolaiv. The resulting fires were extinguished by the relevant service. In addition, as a result of rocket fire, the Halytsyn forest caught fire. The fire was promptly extinguished. At night, a rocket strike was fired again at a remote area of the regional center. During the day as a result of attacks of the Mykolaiv area 5 people were wounded, one person died. Details about the victims are being clarified.