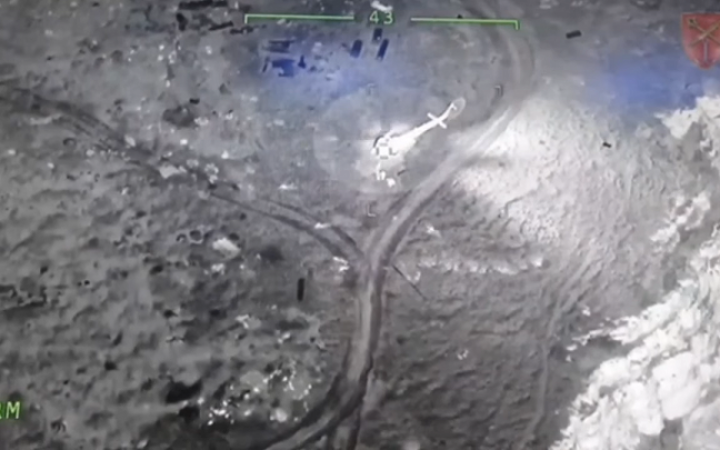 The Ukrainian military used a Bayraktar drone to destroy a russian helicopter on Snake Island.

This was reported by the operational command "South".

A video released by Ukrainian soldiers shows several occupiers on the ground near the helicopter.

"We cannot stop doing this: we are driving the enemy from every piece of our land, even from a small island, from the sea, and even from the air. Forward - to Victory!", is written in command.

On May 7 in the Black Sea water area near Snake island the Ukrainian defenders destroyed the russian boat "Serna".

On May 6, the media reported that a russian frigate of the Petrel Project 11356R caught fire near Snake Island in the Black Sea.

Also, on May 2, two russian boats were destroyed off Snake Island.