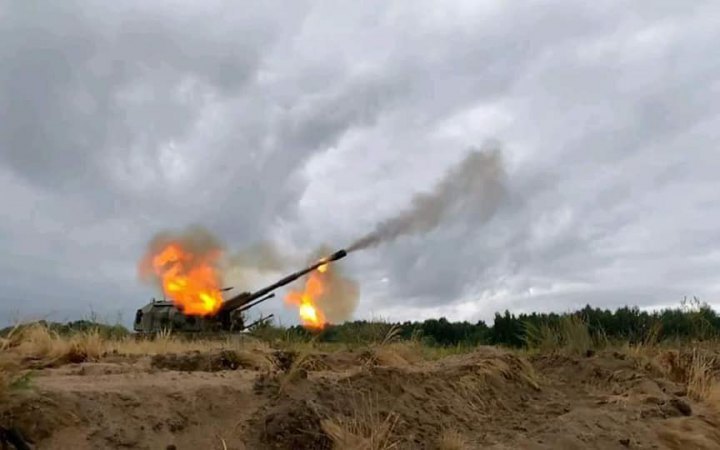 The enemy does not cease offensive operations in the Eastern Operational Zone in order to establish full control over the territory of Donetsk, Luhansk and Kherson regions and maintain the land corridor between these territories and the occupied Crimea.

The greatest activity of the occupiers is observed in Slobozhansky and Donetsk directions. In the Volyn, Polissya and Siversk directions, the situation remains without significant changes, - stated in the operational report of the General Staff of the Armed Forces of Ukraine as of Wednesday morning, May 11.

In the Slobozhansky direction, the occupiers continue to focus their efforts on preventing further advance of our troops in the direction of the state border of Ukraine, and conduct reconnaissance on the units of the Defense Forces to the north and northeast of Kharkiv.

In the Izyum direction, a group of russian troops is concentrating its main efforts on inflicting fire damage on our units in this area.

In the Donetsk direction, the group of occupying troops is concentrating its main efforts on continuing the offensive in order to take full control of the city of Rubizhne and capture the settlements of Lyman and Severodonetsk.

The enemy does not stop assaults on the Lyman, Severodonetsk, Bakhmut, Avdiivka, and Kurakhiv directions with the support of cannon artillery and MLRS.

In the city of Mariupol, the enemy is blocking Ukrainian units near the Azovstal plant. With the support of artillery and tank fire they conduct assault operations, inflicts rocket and bomb strikes.

In the South Bug and Tavriya directions, enemy units are trying to improve their tactical position. In the Mykolaiv direction the enemy continues to carry out attacks on the position of defenders of Ukraine. The enemy uses electronic warfare systems to suppress radio channels.

In the Kryvyi Rih direction, the enemy shelled on the units of our troops. In order to consolidate the occupied territory, the enemy carries out engineering works and creates new positions in the areas of the settlements of Bruskinske and Velyka Oleksandrivka.

In the Tavriya direction, the occupants conduct demonstration actions in order to restrain the units of the Defense Forces of Ukraine, improve the engineering equipment of their positions, and replenish their reserves.

In the Bessarabian direction, the situation in the Transnistria region of the Republic of Moldova remains tense. Units of the Task Forces of the russian troops continue to be in full combat readiness.