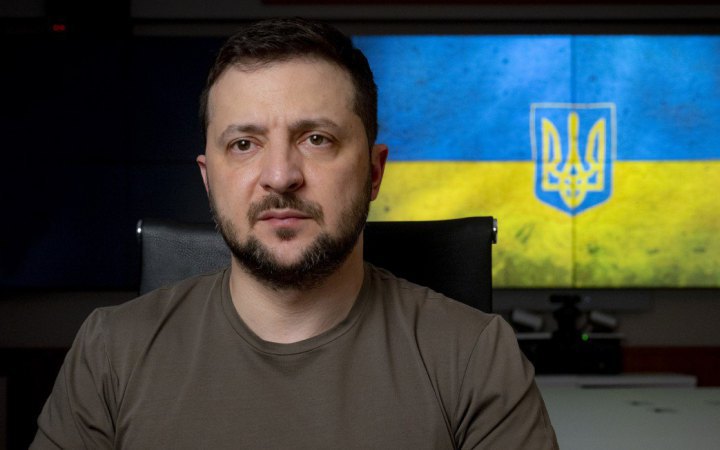 “russia's strategic defeat is already obvious to everyone in the world and even to those who still continue to communicate with them. russia simply lacks courage to admit it so far. They are cowards. And they are trying to hide the truth behind missile, air and artillery strikes. Therefore, our task is to fight until we achieve our goals in this war. Free our land, our people and reliably ensure our security,” said the President of Ukraine Volodymyr Zelenskyy in his address.

On the International Nurses Day president Zelenskyy thanked the representatives of this profession and presented them with state awards. He also signed decrees awarding 269 servicemen of the Armed Forces of Ukraine with state awards, 14 of them posthumously. In addition, the title of Hero of Ukraine was awarded to Colonel Kachur Roman Volodymyrovych, Commander of the 55th Separate Artillery Brigade of the Operational Command "East" of the Land Forces.

“With all my heart I thank all the nurses, all the medical workers who help Ukrainians fight every day and every night. And today I urge everyone who has not yet thanked them to do so. Eight years of war in Donbas, two years of pandemic, the third month of full-scale war and all their professional life they dedicate to you, us, everyone - society,” said Zelenskyy.

Zelenskyy added that during the fighting since February 24, russian troops have destroyed 570 healthcare facilities, 101 hospitals were completely destroyed.

President Zelenskyy expressed gratitude to the Prime Minister of the Netherlands Mark Rutte for today's address to the Verkhovna Rada of Ukraine. He also thanked for the Netherlands advocating the abandonment of russian oil and readiness to implement it without delay.

President Zelenskyy talked to students of leading French universities in the amphitheater of Sciences Po.