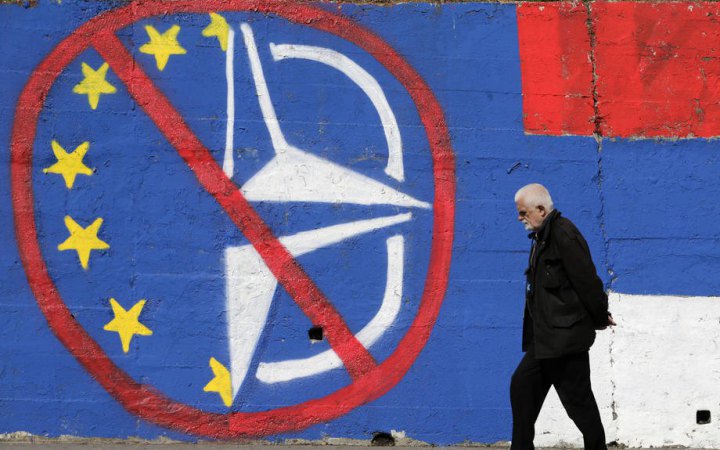 This was reported by the Voice of America.

Lavrov spoke at a press conference in Dushanbe. He said the EU had “become an aggressive, militant player who is already declaring its ambitions far beyond the European continent”.

The day before, russia's deputy envoy to the UN, Dmitry Polyansky, said that russia “no longer sees a difference between Ukraine's accession to the European Union and NATO - and has a negative attitude towards both”.

Ukraine's neutral status was discussed during another round of russian-Ukrainian talks in Istanbul in late March. At the time, the russian side did not object to Ukraine's aspirations to join the EU (but not NATO). According to Polyansky, everything has changed after the words of EU Foreign Minister Josep Borrell, who said that the outcome of russia's war with Ukraine will be determined “on the battlefield”.

Borrell explained his statement in the sense that the conflict should end in peace agreements, but their content will depend on who will prevail in the armed confrontation. The EU supports Ukraine, emphasizing that the conditions for peace should be determined by Kyiv.

We are reminding, that on February 28, the fifth day of russia's full-scale war against Ukraine, President Volodymyr Zelensky signed an application for immediate accession to the European Union under a simplified procedure. Such an application for Ukraine was initiated by Slovakia, and the decision to accelerate membership was supported by a number of EU countries, including Hungary.

On March 1, the European Parliament recommended that Ukraine be granted EU candidate status.

There is no accelerated accession procedure - Ukraine will either receive the status of a candidate member, which in the future may lead to full membership in the EU, or not. Ukraine expects to receive candidate status in June. Both parts of the questionnaire have already been submitted to the EU.

Ahead of a full-scale invasion of Ukraine and a gathering of troops and equipment near Ukraine's borders last December, the russian Foreign Ministry unveiled draft agreements with NATO and a so-called security guarantee agreement with the United States. Russian President Putin also asked NATO to guarantee Ukraine's security by denying it membership in the Alliance.