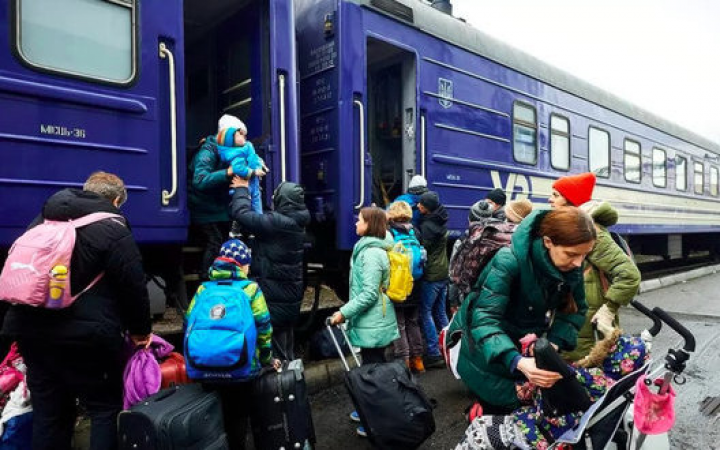 More than 11,000 people return to Kyiv by rail every day, and all traines from the west to the capital are 95% full.

This was announced by the head of JSC "Ukrzaliznytsia" Alexander Kamyshin, reports "Interfax-Ukraine".

"Most people now travel from the west to Kyiv. Almost all of these trains are 95% full or more. At least 11,000 people return to Kyiv by rail every day," he said during a briefing.

According to him, at least 10,000 passengers have already returned from Europe from May 1 to 11.

Kamyshin noted that during the evacuation program, UZ transported 3.8 million passengers from the east, south and center of Ukraine to the west and 600 thousand from the west to neighboring countries.

Kyiv Mayor Vitaliy Klitschko believes that the capital continues to be russia's main goal. In a comment to CNN, he said he was concerned about the possibility of the enemy using tactical nuclear weapons. Klitschko reminded once again that it is currently impossible to guarantee the safety of kyivites.

On May 9, the Ministry of Defense announced the danger of missile strikes in Kyiv and the region. Iskander tactical missile systems are located on the territory of the Republic of Belarus, and seven ships with cruise missiles are located in the Black Sea. russia can strike caliber missiles all over Ukraine, so air alarms should not be neglected.

As of May 10, Klitschko noted that almost two-thirds of Kyiv residents had returned home.