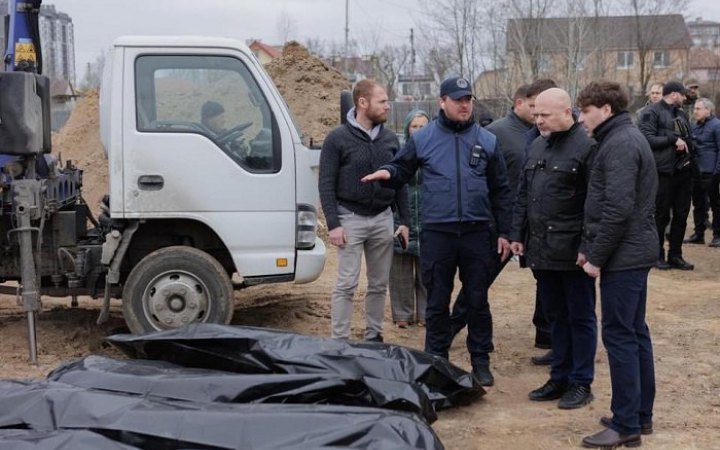 The Prosecutor General of Ukraine announced the first results of the work of French experts on the identification of unidentified victims in Bucha.

"The French mission, together with Ukrainian experts, has worked on some of the DNA profiles of unidentified bodies and has already established 5 matches with family members looking for loved ones," Venediktov said.

"Do not load bodies brought here." How is the recognition and extradition of bodies in the Bucha morgue

She said that 74 relatives of missing civilians handed over genetic material in Bucha to a French mission for DNA testing.

According to the Prosecutor General, the French experts arrived in Ukraine for 15 days, but have been working for a month. International support is crucial for our country in resisting russian aggression.

"Examinations and comparisons are ongoing, so further matches are plausible," Venediktov added.

French experts began examining the DNA of bodies in Bucha on May 3.

Since April 11, two French forensic experts and about 15 gendarmes have been working in Ukraine.