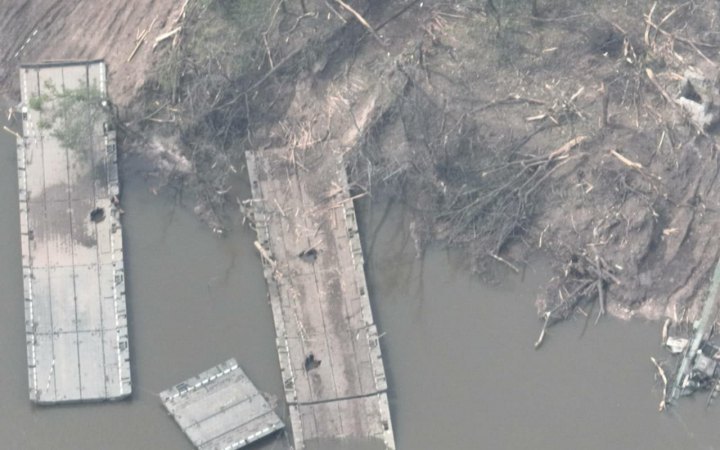 Russian troops are making significant efforts in the area of Izium and Severodonetsk in an attempt to gain a breakthrough in the direction of Sloviansk and Kramatorsk.

This was reported by the British Ministry of Defence.

“The main goal of the invaders in this direction is to surround Ukrainian forces, isolating them from support or reinforcement by units of the Armed Forces in the west of the country,” the statement said.

Find out more about the UK government's response: https://t.co/7SVSQChAFe

According to British Intelligence, Ukrainian troops have successfully prevented russia's attempt to cross the river in the Donbas. During the forcing of Siversky Donets river to the west of Severodonetsk, russian army lost armored vehicles of at least one battalion tactical group, as well as a pontoon bridge.

“Forcing the river during the war is an extremely risky maneuver and shows the pressure exerted on russian command to make progress in eastern Ukraine,” the Intelligence said.

Russian troops have not been able to make any significant progress, despite the concentration of forces in the area following the withdrawal and redeployment of units from Kyiv and Chernihiv oblasts.

The British Ministry of Defence announced yesterday that the enemy is launching offensive operations in five directions at once: Lyman, Severodonetsk, Bakhmut, Avdiivka, and Kurakhiv.