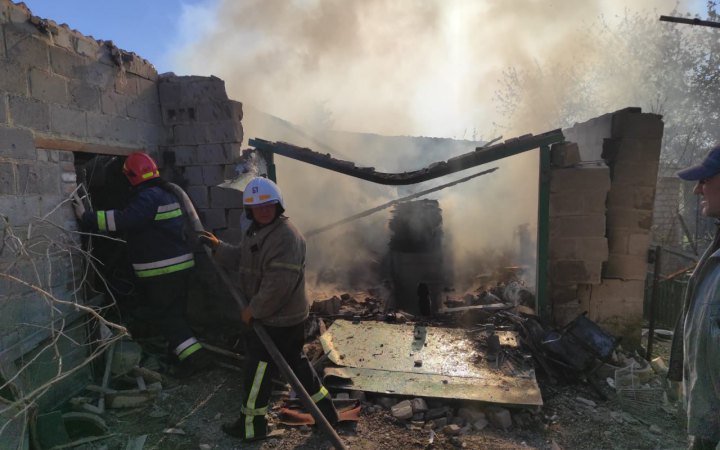 The russian military launched a missile strike on the city of Druzhkivka, Kramatorsk district, Donetsk region. Residential buildings, a school, and an ice arena were damaged.

This was announced on Facebook by the head of the Donetsk RMA Pavlo Kyrylenko.

“This morning the russians shelled Druzhkivka, as a result of that the city school №6 suffered the most damage. Fortunately, no one was injured. The school is one of the largest and most modern in the community, 650 students studied there before the large-scale invasion. Three years ago, we completed a major overhaul with thermal modernization” - Pavlo Kyrylenko said.

According to him, the school hall was completely destroyed, part of the classrooms were damaged, and more than half of the windows were broken.

We are reminding, that on 15 May, the russians struck the Donetsk region with air bombs, air-to-ground missiles, and Hail and Tornado jet systems. During the day, the occupiers fired on 10 settlements: Mariupol, Avdiivka, Toretsk, Lyman, Soledar, Zalizne, Bakhmut, New York, Dibrova, Bakhmutske. The shelling killed six civilians and wounded twelve.