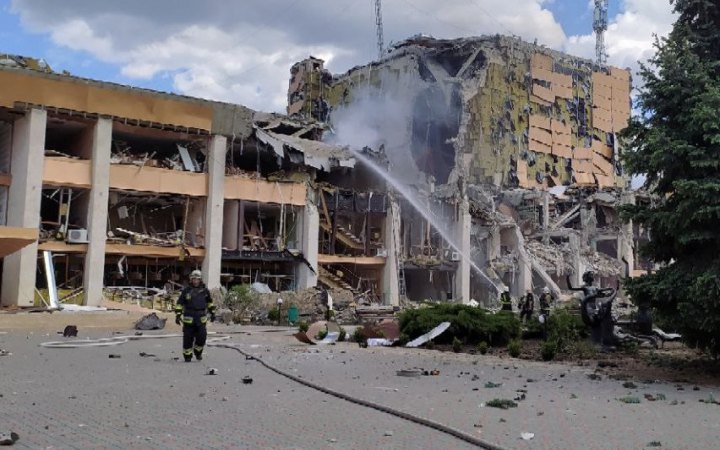 russian invaders fired on the city of Lozova in the Kharkiv region. So far, 7 victims are known, including a child, - reported by the press service of the SES of Kharkiv region.

"On May 20, at 3:15 pm, 101 [emergency line] received a report of a fire and destruction of the building caused by an enemy missile. The incident took place in the town of Lozova, Kharkiv region. As a result of the shelling, the building was partially destroyed and the roof insulation caught fire," rescuers said.

The SES says that the fire was promptly extinguished at 3:25 pm. 4 units of fire and rescue equipment and 15 personnel worked at the scene.

"Kharkiv region. Town of Lozova. Russian missile strike on the newly reconstructed Culture House. Seven victims, including an 11-year-old child. The occupiers identified their enemies as culture, education and humanity. And they spare no missiles or bombs for them. What is in the minds of the people who choose such targets? Absolute evil, absolute stupidity, "Zelensky wrote in a telegram.

Russians also fired at Lozova on May 11. A civilian was injured in that shelling.

The National Police said that in the Kharkiv region, the attackers wanted to blow up a critical infrastructure with 10 kg of TNT.