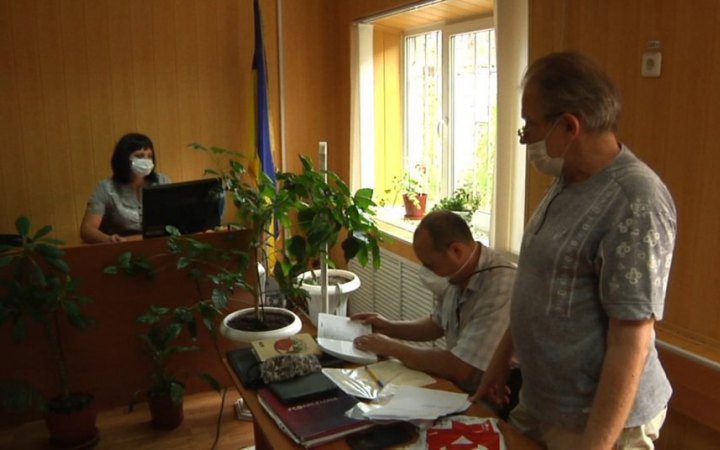 Fomitsky at a court hearing in July 2020
Photo: Censor net

The Dovhyntsi District Court of Kryvyi Rig upheld a lawsuit against russia by former prisoner of war, participant in hostilities Volodymyr Fomitsky. The court decided to collect from russia and the company "International Reserve Bank" (formerly - "Sberbank") 1 million hryvnias in compensation for moral damage, according to Radio Svoboda.

The appeal period has expired.

Fomitsky and his lawyer, Dmytro Chernesh, have decided to sue russia on behalf of its embassy in Ukraine and a bank that can pay the money. The trial lasted almost two years.

"Now we will implement the court's decision in practice. The executive bodies must ensure the implementation of this decision wherever the money lies, even around the world. There are enough mechanisms. Now any citizen of Ukraine who has suffered from russian aggression can follow the same path." - said Chernesh.

Fomitsky fought in the Kryvbas battalion. He was captured by the russians on his way out of the Ilovaysk in 2014. He was held hostage for 10 days. After his release, he was declared unfit for military service.