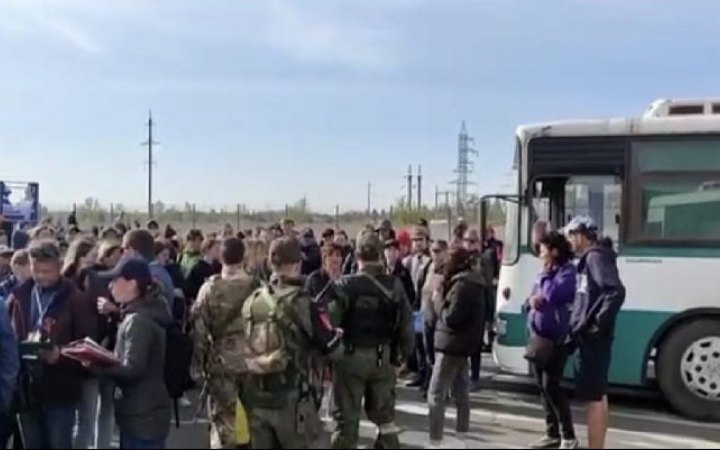 The Russian occupiers are increasing the rate of deportation of men from bombed Mariupol to "filtration camps".

The Verkhovna Rada Commissioner for Human Rights Lyudmila Denisova announced this in her Telegram channel.

"Currently, according to preliminary data, there are almost 4,000 men in such camps in Bezimenny and Kozatsky, Novoazovsk district, Donetsk region. Their number has doubled in the last two weeks. None of detained have returned. The men are in terrible conditions, sleeping on the floor, with no ventilation and unsanitary conditions, subjected to torture and abuse, "Denisova said.

According to her, the occupiers say that in July-August they will be "mobilized" to the ranks of illegal armed groups Occupied Region of Donetsk.

"To do this, our citizens are forced to apply for citizenship of a self-proclaimed pseudo-republic or russia. Hostage-taking and torture are acts of terrorism under the Council of Europe Convention on the Prevention of Terrorism and War Crimes under Article 8 of the Rome Statute of the International Criminal Court," she said.

She called on the UN Commission to Investigate Human Rights Violations during russia's military invasion of Ukraine to take into account these facts of war crimes and human rights violations in Ukraine.

According to Denisova, russia has already deported more than 1.3 million Ukrainians to its territory, and on May 20 - 17,306 people.

Adviser to the Mayor of Mariupol Petro Andryushchenko also released a video of the deportation of civilians from the russian-occupied city.