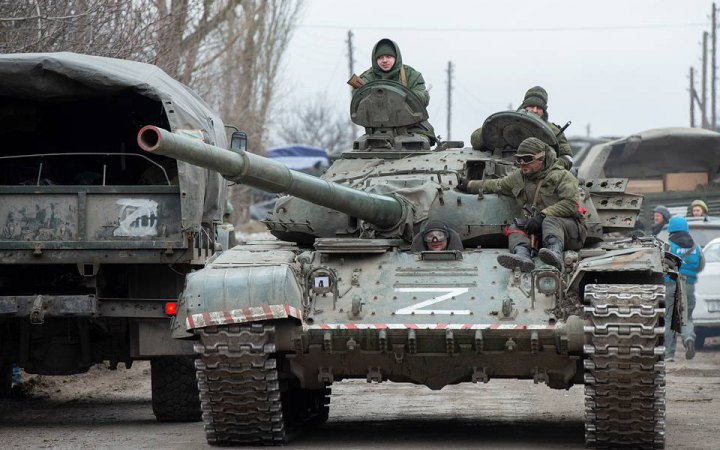 This was reported in the General Staff of the Armed Forces of Ukraine.

In the temporarily occupied Crimea, the invaders are forming reserve units to conduct hostilities on the territory of Ukraine.

The situation in other areas is as follows:

- in the Siversky direction, the invaders continue to cover the section of the Ukrainian-russian border and the equipment of bases in the Bryansk region. Russia has launched air strikes on civilian and military infrastructure in the Sumy Oblast.

- in the Slobozhansky direction, the occupiers hold their positions.

- in the Kharkiv and Sloviansk directions, the occupying forces did not conduct active action, conducted reconnaissance and worked to resume the offensive. Invaders fired artillery shells at units of the Defense Forces near the village of Tsyrkuny. They also conducted reconnaissance battle in the area of the settlement of Pasika, suffered losses and withdrew.

- in the Donetsk direction, the russian federation carried out air strikes on objects of civil infrastructure in the settlements of Kramatorsk, Lyman and Sloviansk.

- in the Avdiivka, Kurakhiv, Novopavliv and Zaporizhzhia directions, the occupiers carried out attacks with assault and army aircraft. Mortar and artillery shelling of the positions of the Defense Forces and civilian infrastructure in the areas of the settlements of Avdiivka, Pisky and Marinka does not stop here.

- In the Pivdennyi Buh direction, the enemy did not conduct active hostilities. Inflicted an air strike near the settlement of Mykolaivka.

The Ukrainian defenders completely defeated the advanced 58th army of the Southern military district of the russian federation.

In the Donetsk region, russia shelled the residential buildings of Sloviansk with cluster shells, and Sievierodonetsk is completely under Ukrainian control. Unfortunately, the russian invaders captured Svitlodarsk.