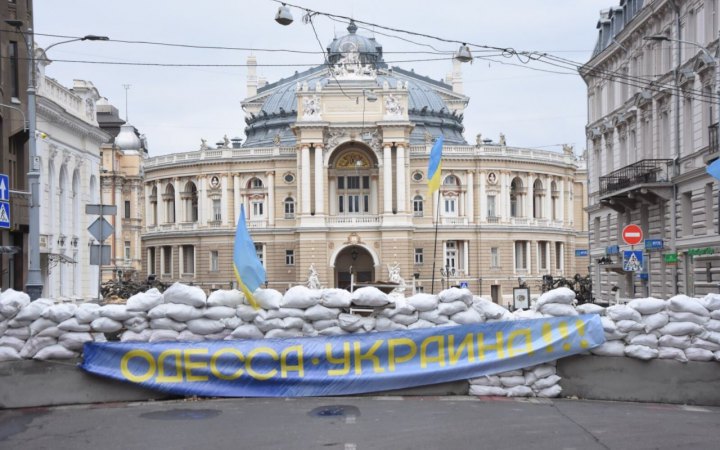 Russia still leaves the city of Odesa in its priorities for capture and occupy.

This was announced by the head of the press center of the security and defense forces of the operational command "South" Natalia Gumeniuk, reports "Interfax-Ukraine".

"Odesa remains in the enemy's priorities, desirable for capture, desirable for occupation, but it is also desirable for the peaceful life of the people of Odesa themselves. Naval forces are regrouping, brining reinforcement, including on the Snake Island. Additional air defense divisions are unfolding in Crimea, as the enemy is already aware that the defeat of his ships is not a chimera, it is absolutely possibility," Gumeniuk said.

She said that the missile ships are in the northwestern part of the Black Sea and continue to threaten not only the southern region, but the whole of Ukraine with their missile strikes.

"We have recorded several missile launches from the sea to different regions of Ukraine," Gumeniuk added.

We will remind, in March squadrons of the Black Sea fleet of the russian federation departed from Odesa to the occupied Crimea and postponed landing on the Odesa coast.