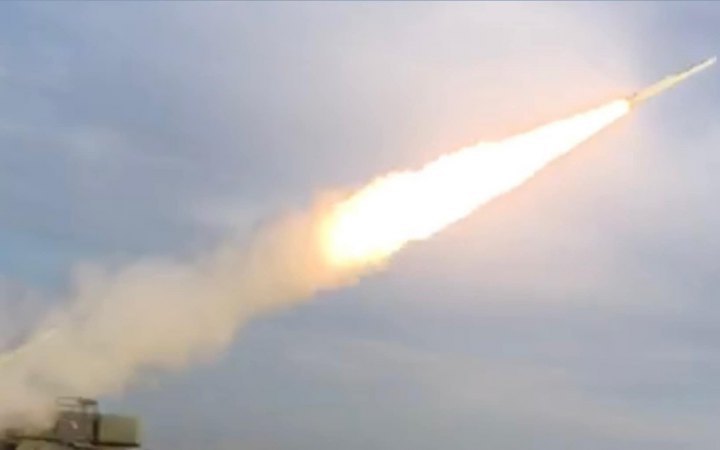 In his address, President of Ukraine Volodymyr Zelenskiy noted that the world was not ready for Ukrainian courage. To the courage of all our people who are not inferior to russia and continue to defend our state. Those who advise Ukraine to give something to russia do not want to see ordinary Ukrainians living on this land, Zelensky stressed. The President's response to such advisers is in our news.

On Wednesday, May 25, fighters of the Air Force of the Ukrainian Armed Forces of destroyed two enemy cruise missiles.

In the southern direction, the Ukrainian military destroyed two self-propelled artillery installations of the enemy and 20 other occupiers.

According to the UAF General Staff, the russians fired on Sumy and Chernihiv regions and are trying to completely capture the Lyman. Enemy attempts to attack in the areas of Komyshuvakha, Lypovo and Nagorny were unsuccessful.

Fortunately, people were not injured in the shelling of the Kryvyi Rih district of Dnipropetrovsk region.

The enemy also tried to storm Severodonetsk and Lysychansk. Among the destructions - research and production association "Impulse", apartment buildings and private houses, the House of Culture and civil services center in Lysychansk.

The First Deputy Minister of Internal Affairs of Ukraine Yevhen Yenin assured on the air of the all-Ukrainian telethon that the units of the Ministry of Internal Affairs of Ukraine are ready to repel any attempts to re-invade russia from the north. According to him, now along the borders with Belarus, there are no elements of accumulation of enemy strike groups: "The enemy is carrying out disturbing fire, not allowing us to divert certain reserves to" hotter "areas."

Meanwhile, russian invaders have invented another way to abuse Ukrainian children. "The occupiers have announced the extension of the school year until September 1. That is, without a vacation. The main goal is de-Ukrainization and preparation for the school year under the russian program. Children will be taught russian language and literature, russian history and russian mathematics all summer," he wrote. adviser to Mariupol Mayor Petro Andryushchenko on his Telegram channel.

Explosions are heard not only in Ukraine. At least 20 people have been killed in several bombings in Afghanistan.

Charlie Hebdo, the French satirical weekly editorial has published about 20 works by Ukrainian cartoonists. "Respond to rockets with laughter": Charlie Hebdo honors on Wednesday, May 25, Ukrainian cartoonists who "continue to do their job" despite the russian invasion, publishing "in solidarity" about twenty of their cartoons, "- writes Le Figaro.

The most complete picture of today will definitely be on our website.