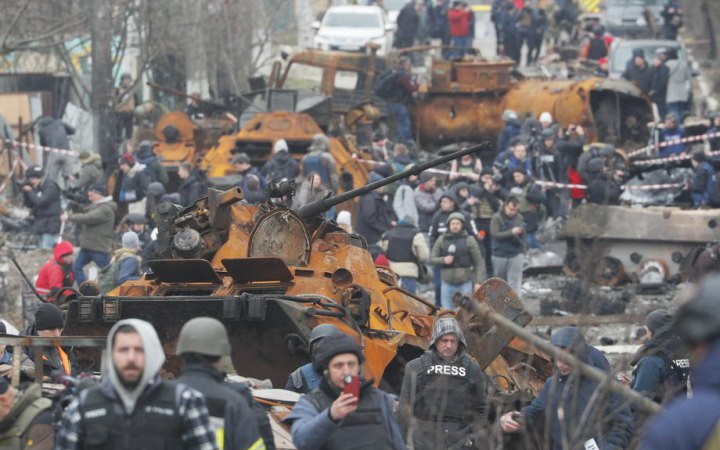 The Cabinet of Ministers of Ukraine has simplified the conditions of stay of foreign journalists in Ukraine, reported by the Ministry of Culture and Information Policy of Ukraine [MCIP].

Now foreign journalists who are accredited during martial law may not worry about renewing their residence permit in our country. They will not be subject to restrictions on the temporary stay of foreigners and stateless persons.

Such rules are established by the Government for the period of martial law and within 30 days after its abolition or termination.

"The MCIP initiated such a decision by the Government to remove bureaucratic obstacles for journalists who tell the world the truth about the war. After all, comprehensive and objective coverage of events in Ukraine is a condition for effective counteraction to russian propaganda, which has reached unprecedented proportions,” the statement reads.

The Ministry of Defense of Ukraine will inform The Administration of the State Border Guard Service and the State Migration Service about the accredited media representatives.

In accordance with Part 11 of Article 4 of the Law of Ukraine "On Legal Status of Foreigners and Stateless Persons" foreigners and stateless persons who came to Ukraine to work as a correspondent or representative of foreign media and received a temporary residence permit are considered to have legal grounds to stay on the territory of Ukraine for the period of work in Ukraine.

In addition, as a general rule, foreigners and stateless persons who have legally arrived in Ukraine may temporarily stay on its territory:

The President Volodymyr Zelensky thanked the entire journalistic community for objective coverage of events in Ukraine since the first days of the full-scale russian invasion and for conveying truthful information to people around the world.