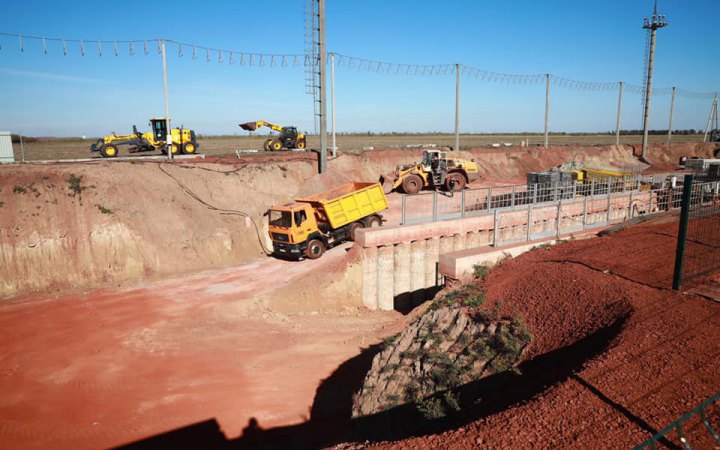 The Zaporizhzhya Iron Ore Mill had to suspend operation due to Russian invaders, the head of the Zaporizhzhya regional military administration, Oleksandr Starukh, has said.

"The mill was one of the three biggest taxpayers last year... Now the mill has been stopped. Tens of thousands of people have no jobs," Starukh said.

He said there are still workers at the site. They are trying to prevent an environmental disaster.

"If the workers leave the plant and stop pumping, the water will rise from minus 1,020 to minus 30 metres in almost 26 days. The mine will be flooded. Accordingly, iron will seep into all aquifers in our region, in Kherson Region, all that are 1 km deep. It will no longer be possible to use them as sources of drinking or technical water," he added.

Starukh confirmed that the occupiers had stolen 54 carriages of iron ore from the plant.

"This is a unique enterprise in Ukraine. They mine iron ore from a depth of 1 km. This red iron is the best, one of the best in the world. It hardly needs any dressing. The share of iron in its composition is over 60%," he noted.

According to Starukh, the russians have stolen nearly all of last year's harvest in the region. And the flats of residents who have left the temporarily occupied territories are being looted.