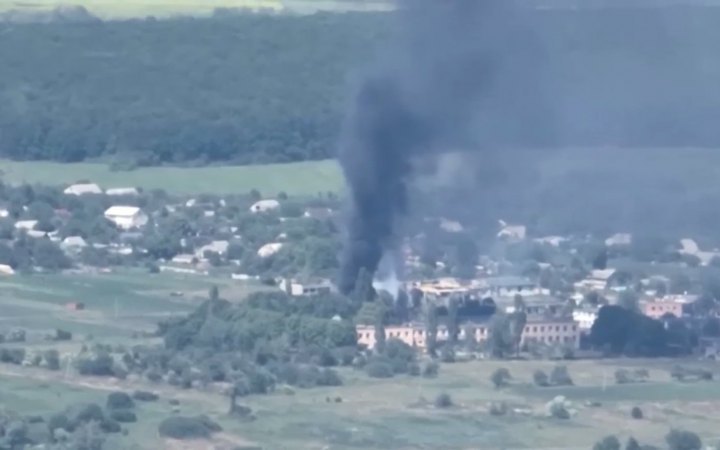 A russian military unit HQ has been destroyed in Kharkiv Region, the National Guard of Ukraine has said.

"With the help of a UAV, National Guard servicemen found an enemy HQ, an ammunition depot, accumulation of hardware and manpower of the enemy. The information was transmitted to the artillerymen of the Ukrainian Armed Forces. They successfully destroyed the targets. Guardsmen also adjusted artillery fire on the enemy and recorded the results of combat work," the National Guard said.

As a result of the coordinated work of the National Guard and the Armed Forces, the Russian occupiers suffered casualties. An ammunition depot, an MTLB, a so-called Z-automobile, armoured vehicles, as well as two army trucks, one of which contained ammunition, were destroyed.

The National Guard noted that it was just one of many cases of effective cooperation with artillery.

A day earlier, the Ukrainian military destroyed an ammunition depot and 18 russian invaders in the eastern direction.

The total losses of the Russian army have reached 32,300 troops since 24 February.