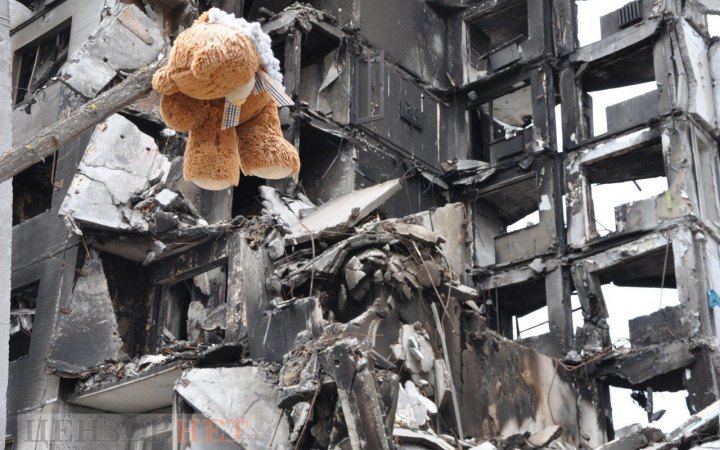 President Volodymyr Zelenskyy has once again called on the West to mount sanctions on Russia and help Ukraine with offensive weapons.

Addressing participants in the America Jewish Committee Global Forum on 13 June, he said the death toll of the Russian invasion now includes 287 children.

He added that Ukraine did not have a full picture of what was happening in occupied territories and how many people had been killed there.

"Tell me why is this happening in 2022? This is not the 1940s. How could mass killings, torture, burned cities, filtration camps set up by the Russian military in the occupied territories, which resemble Nazi concentration camps, become a reality?" he wondered.

He thanked the USA for its "substantive" help.

"But I ask you to redouble your efforts to stop Russian hatred. Hatred for humanity," he said. "Defend the need to enhance sanctions against Russia. You are capable of it. Help us speed up the supply of weapons to Ukraine so that we can liberate the occupied territories. We need powerful weapons for the offensive, without which the war will only drag on and the number of victims will increase.

He urged Forum participants to use their influence "because we now have a historic opportunity to defend our common freedom, our common security, our common cultural diversity from the greatest wave of hatred that has threatened the world in recent decades".