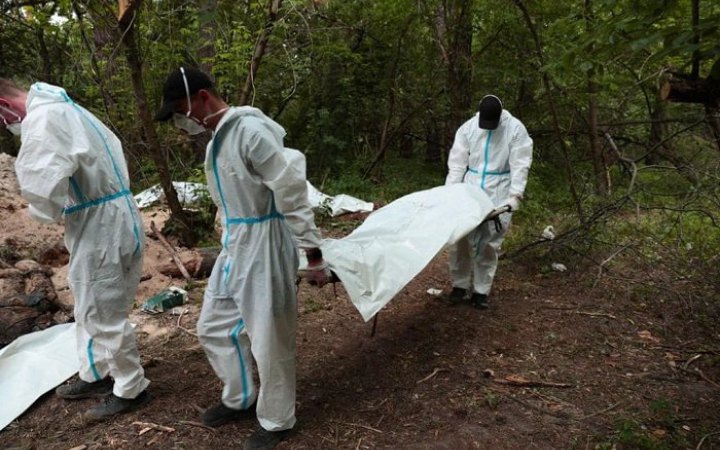 Another mass grave of civilians shot dead by russian invaders has been discovered in Bucha District, Kyiv Region, Andriy Nyebytov, head of the Kyiv regional police, has said on Facebook.

"Seven civilians were tortured by Russians and then brutally executed with head shots," he said.

According to Nyebytov, the mass grave of executed civilians at the positions once held by russian soldiers was found near the village of Myrotske in Bucha District.

"Many of the victims had their hands tied and their knees shot through. We are now working to identify the dead. This is yet another sadistic crime by the russian army in Kyiv Region!" he said.

He added that the occupiers must be held responsible for every life destroyed, for the pain and suffering of Ukrainians, for the destruction of our cities and towns.

A total of 461 people were killed in the town of Bucha in Kyiv Region as a result of war crimes committed by the occupiers.