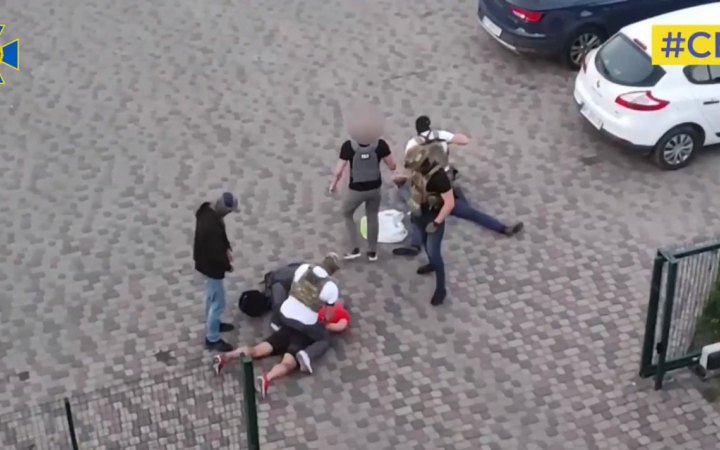 The russian special services were planning a series of contract murders of Ukraine's top military and political leadership and public figures. In particular, they were preparing to liquidate the Ukrainian defence minister and the head of the Main Intelligence Directorate, as well as a well-known Ukrainian activist, the Security Service of Ukraine (SBU) has said.

"For the murder of each of them, the russian 'handlers' promised a reward of 100,000 to 150,000 dollars. It has been established that the drg was a group of ukrainian activists. It was established that a reconnaissance and sabotage group was formed out of career members of the Russian military intelligence service to carry out sabotage on the territory of Ukraine. The group included a resident of the temporarily occupied city of Luhansk who, as a member of the illegal armed groups of the terrorist organization LPR, was actively involved in combat operations against the ATO forces in the east," the SBU said.

Acting on the assignments from a Moscow-based coordinator, he was looking for a hitman.

A resident of Kyiv took up his offer. For $5,000, he agreed to liquidate a Ukrainian military officer who, according to the russian occupiers, was allegedly involved in the physical murder of Russian prisoners of war.

"This murder was supposed to be a 'trial run' before the main tasks of the enemy were carried out," the SBU said.

To carry out attempts on the lives of the Defence Ministry and intelligence command, the "liaison" decided to personally arrive on Ukrainian-controlled territory. Here, he and an accomplice were to prepare a plan to "liquidate" the officials and submit it to their superiors in russia for approval.

The special service added that the culprit covered up his tracks by entering Ukraine via Belarus. He was spotted at the Domanove checkpoint in Volyn.

The culprits were detained in Kovel by SBU counterintelligence officers and Special Operations Centre troops.

During the search of the "liaison," they found evidence of criminal activity, as well as the passport of a Russian citizen.

The perpetrators were served notices of suspicion of treason committed under martial law, as well as premeditated murder. A measure of pre-trial restraint is being selected for them.

"The enemy cannot win on the battlefield, so it resorts to its usual methods, trying to organize attempts on the military and leaders of the Ukrainian authorities. And by this it once again proves to the whole world that russia is a terrorist state that does not observe any civilized rules. But we are well aware of what we should expect from russia, so we are being proactive and neutralizing the enemy's special operations in advance. We will continue doing so!" the acting head of the Security Service of Ukraine, Vasyl Malyuk, said.

Ukrainian parliament speaker Ruslan Stefanchuk earlier said that the parliament leadership had information that an attempt on the lives of three MPs had been prepared.