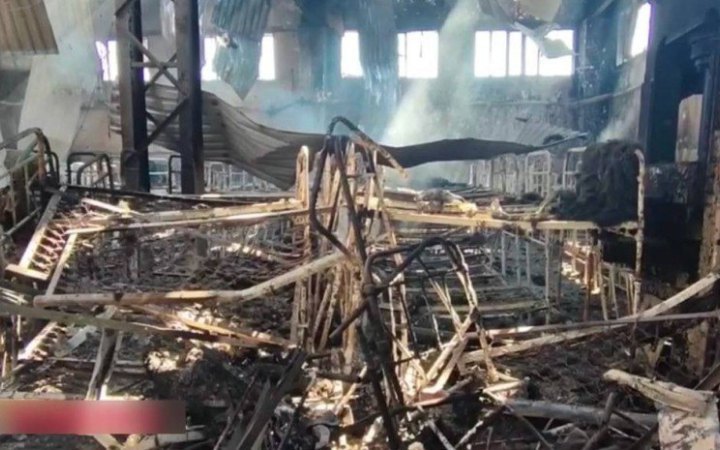 The terrorist act in Olenivka, Donetsk Region, was a special operation by the russians seeking to disrupt Western high-precision missile weapons supplies to the Ukrainian army, a spokesman for the Ukrainian Defence Ministry's Main Intelligence Directorate and a member of the coordination headquarters for the treatment of prisoners of war, Andriy Yusov, said on the TV telethon.

"From the beginning of this terrible tragedy and the terrible farce that we have seen from the russians, it has been a fabrication. From the first reports of the use and deliberate firing of HIMARS, it was a special operation against the supply of Western high-precision weapons to Ukraine. It was a special operation to destabilise Ukrainian society and demoralise Ukrainian POWs. From the very beginning it was a fabrication, but the world quickly exposes such things," Yusov said.

On 29 July, the russian military shelled the Olenivka prison to cover up the torture of Ukrainian prisoners. The enemy blamed the Ukrainian army for this shelling.

The Azov regiment called on the USA and authorized bodies of other states which consider themselves civilized to recognize russia as a terrorist state.