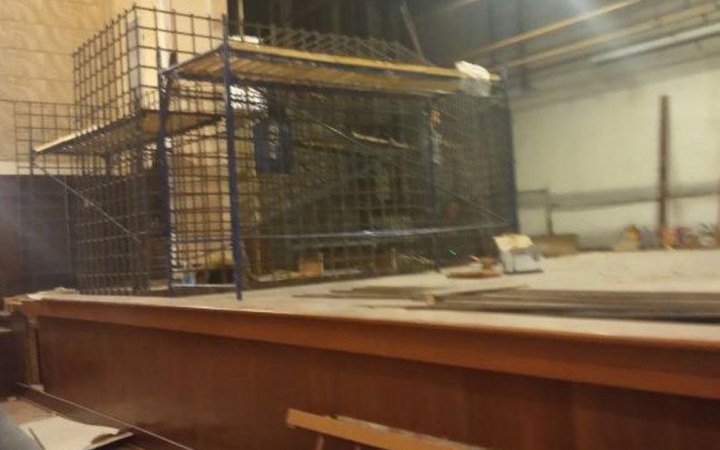 The russian occupiers are assembling prison cages on the stage of the Mariupol Philharmonic Hall, the Mariupol city council has said.

It is noted that the invaders are planning to hold a demonstration "trial" of Ukrainian defenders in September.

"The Russian occupiers continue to disregard all international norms. They continue to multiply war crimes, showing contempt for the entire civilized world. I appeal to the world community, the UN and the Red Cross to intervene in the situation so that the rules for the treatment of prisoners of war work. We must do everything so that our defenders return to Ukraine alive and prevent a second Olenivka in Mariupol," said mayor Vadym Boychenko.

After the murder of Ukrainian prisoners of war in Olenivka by the russians, the Ukrainian Azov regiment called on the civilized world to recognize russia as a terrorist state.

The presidential office also reacted to russia's decision to recognize Azov as a "terrorist organization". It noted that any decisions in russian jurisdictions regarding Ukraine or its servicemen would have no legal effect for the world.