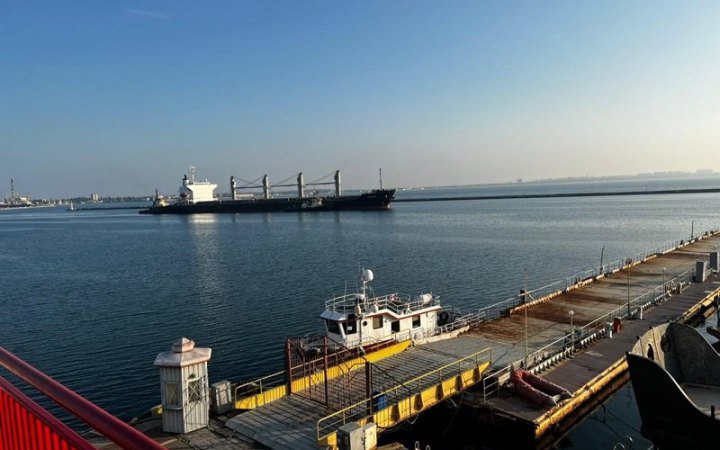 The first caravan of ships with Ukrainian corn left ports in Odesa Region this morning, the Ukrainian Infrastructure Ministry has said.

Three ships - Navistar, Rojen and Polarnet - with 57,000 tonnes of Ukrainian corn are heading for Turkey, Great Britain and Ireland.

"With today's caravan, navigation from the port of Chornomorsk has resumed. We expect that security guarantees of our partners from the United Nations and Turkey will continue to work, and food exports from our ports will become stable and predictable for all market participants. To this end, we plan to ensure the ability of the ports to handle more than 100 ships per month," the statement reads.

Two documents were signed in Istanbul on 22 July with the participation of the UN, Russia, Turkey and Ukraine to create a corridor for the export of grain from three Ukrainian ports - Chernomorsk, Odesa and Pivdennyy.

On 1 August, the Razoni with 27,000 tonnes of corn left the port of Odesa, it is sailing under the flag of Sierra Leone and is now heading for Lebanon. Earlier, it was reported that 15 vessels with grain are ready to depart from Ukraine, with two more on the way.