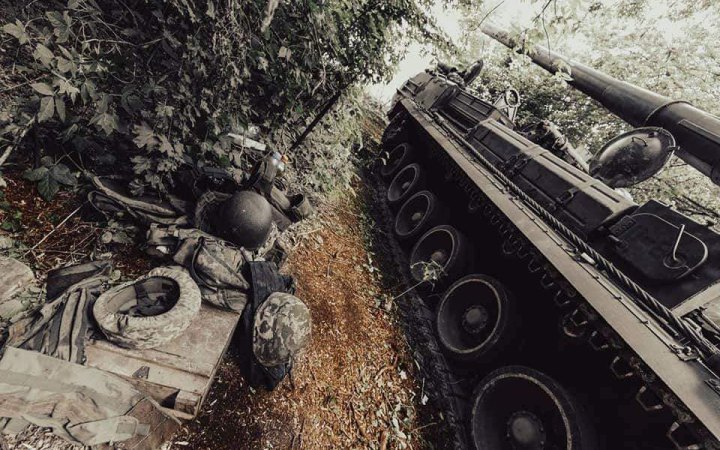 The enemy is concentrating its main efforts in the east of Ukraine in order to establish full control over Donetsk and Luhansk regions within their administrative borders, the Ukrainian Armed Forces General Staff said in its evening update.

Russia continues hostilities to hold the temporarily captured districts of Kherson and part of Kharkiv, Zaporizhzhya and Mykolayiv regions. A further threat of air and missile strikes on military and critical infrastructure throughout Ukraine is standing.

The situation has not undergone any significant changes in the Volyn, Polissya, and Sivershchyna directions. No signs of the creation of offensive groups by the russian or Belarusian armed forces of the russian federation have been identified.

To mark its presence and restrain Ukraine's Defense Forces, the enemy used barrel and rocket artillery to shell civilian and military infrastructure in the areas of Medvedivka, Mykolayivka in Chernihiv Region and Krasnopillya, Myropillya, Mykhaylivka, Velyka Rybytsya in Sumy Region. It also conducted aerial reconnaissance.

Attempts by the enemy to attack in the Dolyna and Bohorodychne areas, thanks to the skillful actions of our troops, failed and russian troops had to retreat.

In the Donetsk direction, the enemy is trying to dislodge units of the Defence Forces from their positions using tanks, barrel and rocket artillery. For the purpose of reconnaissance of logistics support routes and critical infrastructure facilities, russia conducted aerial reconnaissance.

In the direction of Bakhmut, the enemy shelled military and civilian infrastructure near Pokrovske, Rozdolivka, Vershyna, Yakovlivka, Bakhmut, Kodema and Soledar. Aviation was used for strikes near the last four settlements.

The occupiers tried to improve the tactical position in the areas of Bakhmut, Soledar, Yakovlivka and Vershyna by assaulting them, but were unsuccessful and withdrew. Fighting continues near Travneve and Kodema.

The enemy made another attempt of offensive actions in the area of Pisky, without success, hostilities continue.

In the Novopavlivsk and Zaporizhzhya directions, the enemy did not conduct active offensive actions, but carried out shelling from tanks, barrel and rocket artillery along the entire line of contact. It carried out airstrikes near Novopil. It unsuccessfully tried to break through the defences near Maryinka, suffered losses and withdrew.

In the South Buh direction, the enemy is concentrating its efforts on preventing the advancement of units of the Defence Forces of Ukraine deep into the temporarily occupied territory.

at the positions of our troops along the contact line. Aerial reconnaissance by UAVs does not stop.

Our soldiers stopped the enemy's offensive in the areas of Bilohirka and Lozove and pushed the invaders back.