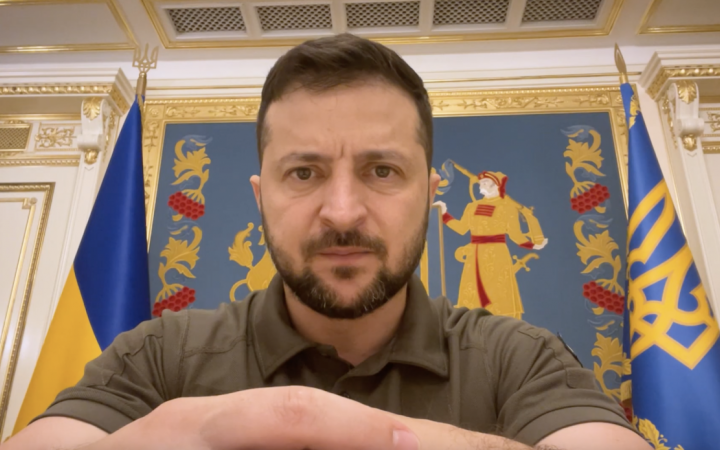 Although tensions in the Balkans or Taiwan may seem different, they are united by a single factor: the global security architecture did not work, President Volodymyr Zelenskyy said in his late night speech.

"If it worked, there wouldn't be all these conflicts. And this is actually what Ukraine has been drawing attention to not only for 161 days since the start of the full-scale war, but for years. Since Russia has completely ignored international law, the interests of humanity as such," he said.

"That is why Ukrainians are now doing a very important thing for everyone in the world. Our people united the free world not just around their struggle for freedom, but around understanding how fragile our freedom is. The freedom of every nation in Europe and in other parts of the world," Zelenskyy continued. "This fragility can only be protected by joint action, and for this to work in the long term, there must be an effective global security architecture that ensures that no state can ever again resort to terror against another state."

Russia is definitely number one among terrorists, according to Zelenskyy. And this definitely deserves legal consequences, in particular, in the decisions of the United States and other world actors, he added.

"And precisely because of this, a new propaganda activity started in Moscow. They suddenly decided to define "Azov" as terrorists, although when a terrorist state does this, it is obviously absurd. They are activating various emissaries with theses that the terrorist state allegedly wants negotiations... If Russia really wanted the end of the war, it would not accumulate its reserves in the south of Ukraine now and would not create mass graves of murdered innocent people on Ukrainian territory," Zelenskyy said.

Referring to Gerhard Schroeder, he said "it is simply disgusting when former leaders of powerful states with European values work for Russia, which is fighting against these values".

"Therefore, we need to fight, we need to beat terrorists on our land, we need to spread information about Ukrainian interests and achieve success and victories for Ukraine. Each and every one at their own level - both Ukrainians and partners. Terror can be stopped only by a joint indomitable force," he said.