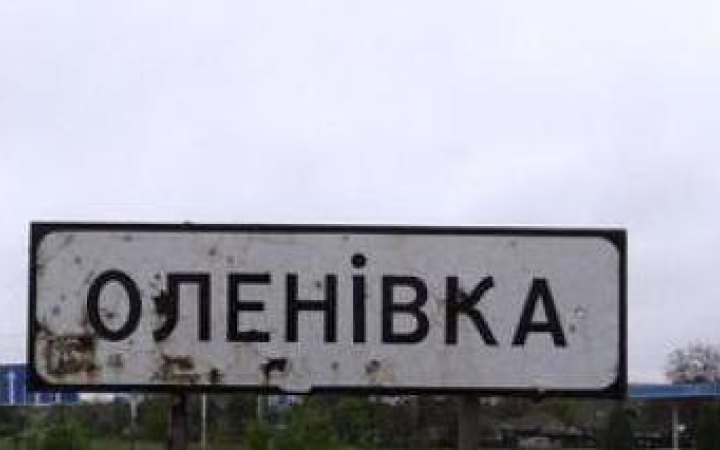 They had dug graves beforehand.

The occupiers deliberately carried out a terrosit act in Olenivka to prevent the exchange of prisoners of war. Ukrainian special services have satellite images showing that the graves near the penal colony had been dug in advance.

The most experienced military personnel were deliberately transferred to the colony's new facility, which was then blown up. There are also recordings of intercepts confirming that the attack by the Russian private military company Wagner was planned in coordination with the russian top leadership, three intelligence and law-enforcement sources told LB.ua.

According to them, a transfer of humanitarian cargo (medicine, clothes) for Ukrainian prisoners of war in Olenivka was being prepared for 30-31 July. There was an arrangement that human rights defenders and the Federal Penitentiary Service will visit the prison on 1 August to audit russian budget spending on the detention of prisoners. Yet another exchange of prisoners of war was also planned for these dates.

"However, the occupiers transferred our troops from their places of detention to unequipped workshops, not even barracks, where people had never been kept before. Moreover, not all soldiers were transferred to them, but there was a selective approach – only the most experienced ones were transferred, which is confirmed by our intelligence. It was there where the terrorist act with an explosion was carried out deliberately to conceal the facts of torture of prisoners of war. The satellite images we have obtained clearly show the mass graves prepared in advance of the attack," said one of the sources.

The sources stressed that all the fakes by the russians about HIMARS shelling the colony with people do not stand up to any criticism.

"The channels for spreading this fake have already been investigated by Ukraine's security services. No-one doubts that this is not shelling from the Ukrainian side. It is 100% an act of terrorism by the russians. There are SBU intercepts that confirm this. The occupiers pursued several goals with this terrorist act. The first goal is to feed to Western society another fake about the Ukrainians' alleged inability to operate Western equipment. The second goal is an attempt to undermine Ukrainian society because of the sensitivity of the issue of Azov prisoners of war return," another source added.

The Ukrainian security services have once again confirmed information about the preparation and implementation of a terrorist attack by the Wagner PMC.

"Given their full affiliation with the FSB, there is no doubt that the attack was coordinated with Russia's top leadership. But the circumstances under which it took place, how it was organised, confirm that they were in a great hurry," the source stressed.

According to the available information, there are no exact lists of the dead and wounded Ukrainian prisoners of war in Olenivka. The lists made public by the occupiers do not correspond to reality.

Immediately after the terrorist attack, the Ukrainian ombudsman's office sent formal requests to the ICRC, the UN and even the russian ombudsman for an independent investigation, taking samples on the spot, examining the bodies.

On 28 July, a powerful explosion took place on the territory of former penal colony No 120 in the occupied town of Olenivka. The colony was used by the occupiers as a place for holding prisoners.

The explosion destroyed the premises where Ukrainian prisoners were held. The exact number of fatalities is unknown, but according to the ISW, there were 53 of them.

It is noted that the explosion took place on the territory of an industrial zone in a new facility, which was supposed to be specially equipped for the detention of prisoners taken out of Azovstal. The equipment of the facility was finished a few days before the attack, after which some of the detained Ukrainian defenders were transferred to it.

This week, Prosecutor-General Andriy Kostin announced preliminary results of international expertise that the explosion in the Olenivska colony, where the occupiers were holding Ukrainian prisoners of war, was thermobaric and not caused by shelling. According to unverified reports, 53 people were killed, including Azov fighters taken out of Azovstal.