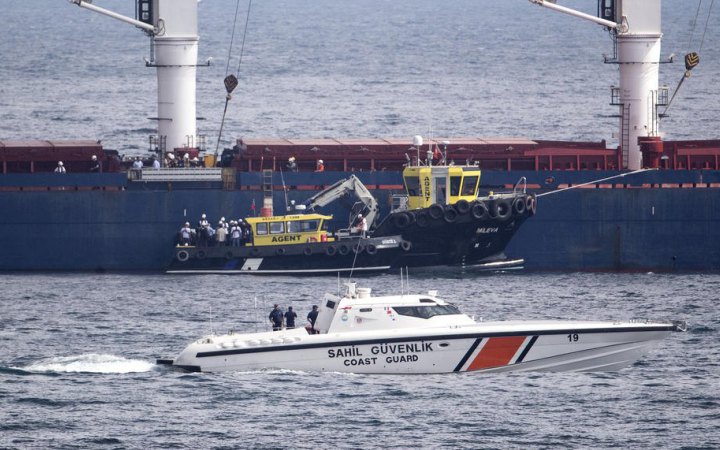 A group of inspectors boarded the Razoni, the first bulker to leave Ukrainian ports during wartime. After the inspection, the vessel will leave the Bosporus for the Lebanese port of Tripoli, the Ukrainian Ministry of Infrastructure has said.

"This is the first vessel ship to go through the grain corridor agreed with the UN and Turkey. Thanks to the Ukrainian Armed Forces and port services, the Razoni made its way safely to the Bosporus, where it was inspected by representatives of the JCC. Following the example of the Razoni, all the necessary control and coordination measures between Ukraine and the signatory partners - the UN and Turkey - are finally agreed and worked out," the statement reads.

The ministry noted that any inspections in Ukrainian ports or territorial waters should only be carried out by the Ukrainian side.

In parallel, applications are also being accepted for more ships to enter Ukrainian ports to load agricultural products. Currently, 17 ships are loaded and awaiting permission to leave.