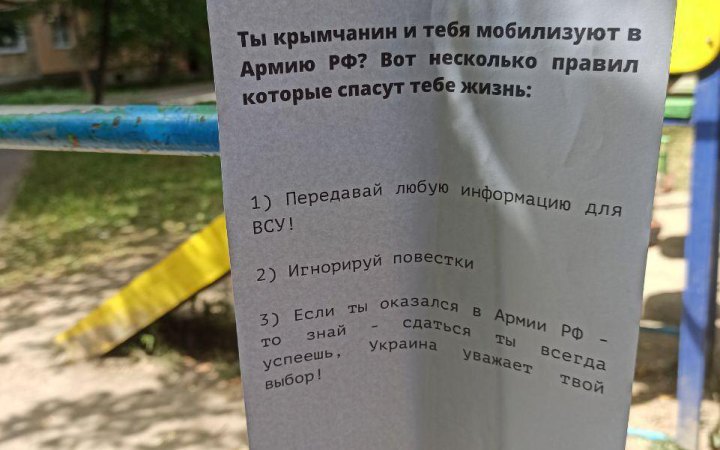 Occupied Crimea is preparing for the return of the peninsula to Ukrainian control, a representative of the Main Directorate of Intelligence of the Ukrainian Defence Ministry, Vadym Skibitskyy, has said.

Russian occupiers now continue to regroup their forces in the directions of Kherson and Zaporizhzhya. A battalion tactical group of Russian paratroopers arrived in Crimea to be sent to mainland Ukraine.

In addition, the invaders are strengthening the anti-aircraft defence system on the peninsula.

"Against this backdrop, the guerrillas and the anti-occupation movement have intensified. People are preparing for our return there," Skibitskyy said.

Ukrainian intelligence reported earlier that the mood of the population in Russia-occupied Crimea has changed, and people are coming to understand that the threat of war on the peninsula is becoming a reality.