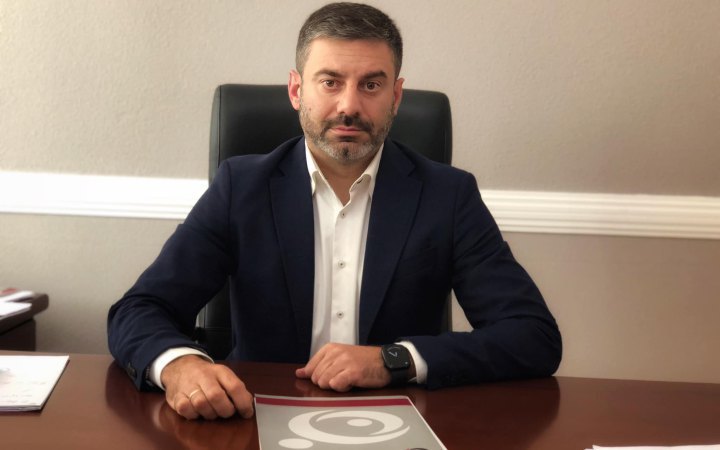 The russian occupiers are ready to hand over the bodies of Mariupol defenders killed in the Olenivka prison. The invaders said they would do so "upon completion of the investigation", Ukrainian ombudsman Dmytro Lubinets has told the TV marathon.

"I can tell you that we have received a signal that they are ready to return the bodies of our heroes, but they put it like this: after the investigation is completed. We have not yet received an answer how long the investigation takes. But we are waiting," the ombudsman said.

He added that he was denied information about what was happening to specific Azov regiment members. They are ready to share this information with relatives of the prisoners of war only.

"I can only get general information about the dead and wounded as ombudsman," Lubinets added.

The ombudsman stressed that in recent days, relatives of the captive Azov prisoners of war have been calling the International Committee of the Red Cross hotline around the clock, and during informal communication ICRC representatives assured them that they "do everything to provide relatives with information".

Lubinets also refused to say whether the whereabouts of Azov commander Denys Prokopenko and the commander of the 36th detached marine brigade, Serhiy Volynskyy (Volyna), are known in order "not to hinder the exchange".

On 29 July there was a strong explosion on the territory of former penal colony No 120 in Olenivka, which is now used as a place of detention of Ukrainian prisoners of war.

The explosion destroyed the premises where the Ukrainian prisoners were held. According to Russian sources, around 40 Ukrainians were killed while the number of wounded is being specified.

It is noted that the explosions took place on the territory of an industrial zone in a new facility, which was supposed to be specially equipped for the detention of prisoners taken out of Azovstal. The building was finished two days before, after which some of the held Ukrainian defenders were transferred to it.

"We note that the explosions in Olenivka, which led to the deaths of Ukrainian defenders, is a deliberate provocation and an unconditional act of terrorism by the occupying armed forces," the Ukrainian Defence Ministry's Main Intelligence Directorate said.

According to the available information, it was carried out by mercenaries of the Wagner PMC(League) on the personal order of its nominal owner Yevgeny Prigozhin. The organisation and execution of the attack were reportedly not coordinated with the Russian Ministry of Defence.