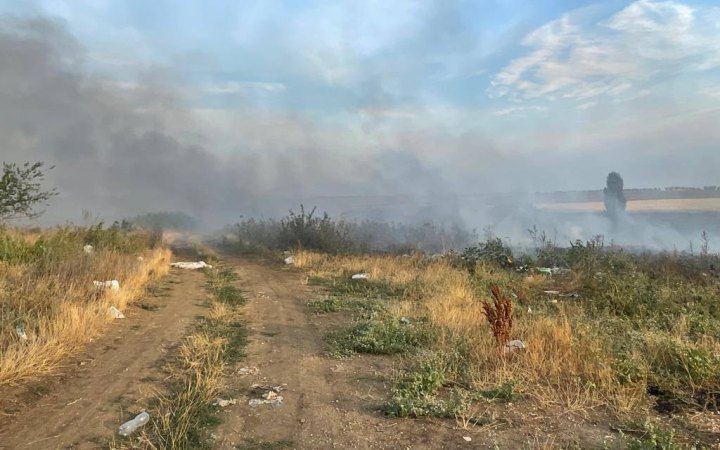 A quarry in one of the communities in Odesa District came under fire.

The district authorities also urged residents to take shelter and not to ignore the alarms.

"As a result of the bursting of rockets in the air, so-called heat traps got scattered across the territory of Odesa District. They resemble an unexploded shell or are shaped like a dart with an orange tail. This is quite a dangerous thing because it has a high burning temperature and can cause large-scale burns," the command said.

According to the military, several of these traps have caused dry grass to catch fire. Rescuers are working at the site.