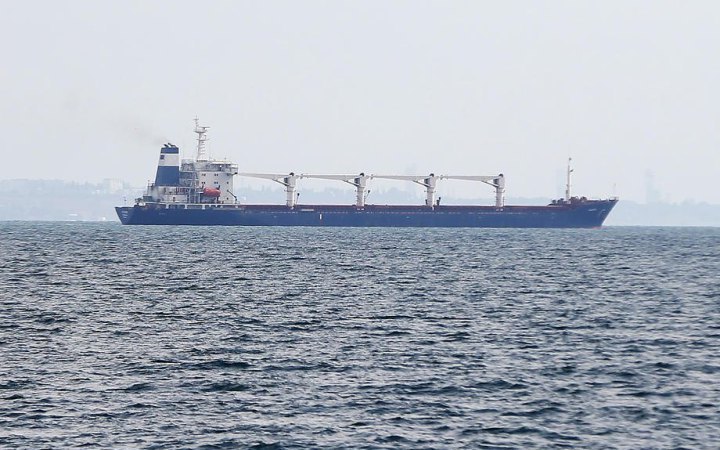 The first Ukrainian vessel with grain, which left the Odesa port after its unblocking on 1 August, is expected in Istanbul tonight, Turkey's representative to the Joint Coordination Centre General Ozcan Altunbulak has said, as reported by Reuters.

The Razoni ship will be inspected by the Turks in Istanbul. The ship is carrying 26,527 tonnes of Ukrainian corn and is bound for Lebanon.

An anonymous Turkish official told the agency that at least one ship carrying grain is expected to leave Ukrainian ports every day.

A representative of the Odesa regional military administration, Serhiy Bratchuk, said on Telegram that the first ship, which left the Odesa port under the grain deal yesterday, successfully passed the corridor and should arrive in Istanbul at 9 p.m., where it will be inspected and sent onwards.

There are 68 vessels with 1.2m tonnes of cargo on board in Ukrainian ports.