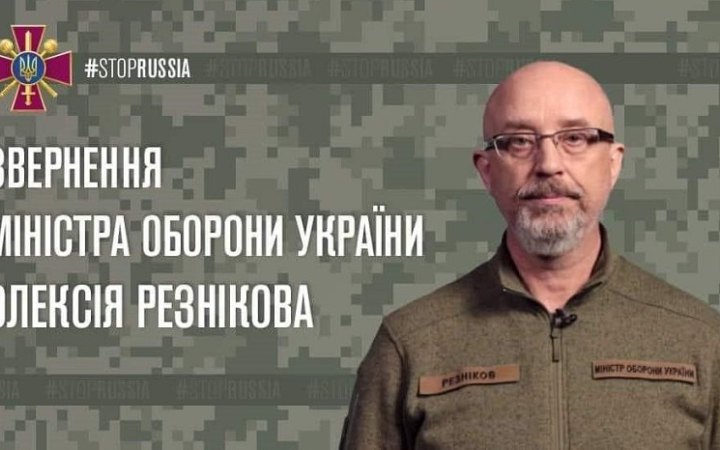 Defence Minister Oleksiy Reznikov has commented on the Amnesty International report on the deployment of the Ukrainian military in some civilian facilities.

Reznikov stressed that any attempts to even casually equate unprovoked Russian aggression and Ukrainian self-defence, as was done in the Amnesty International report, is "evidence of a loss of adequacy and a way to destroy one's credibility".

"Ukraine is a state governed by the rule of law. We comprehensively analyse and assess, including legally, the events of the war, as our obligations require. But we will not allow our army, our defenders to be defamed. I say it as a lawyer," the minister said.

He recalled that the only reason why hundreds of thousands of our citizens are alive and have homes, even though they could have lost them, is because of the Ukrainian defence forces.

"This is proved by the facts of simply brutal behaviour of the russian occupiers. The russians have already used every type of weapon except nuclear weapons against civilians. The russians are committing mass murders of prisoners of war. The russians are mass raping women and children, maiming, robbing, destroying all life. The russians are committing the crime of genocide against the Ukrainian people. Any attempts to question the right of Ukrainians to oppose genocide, to protect their families and homes, to protect their lives and the lives of their children, to oppose the actions of Russia as a terrorist state - this is perversion, no matter what legal structures they may disguise it in", Reznikov said.

"We believe in the Ukrainian Armd Forces, in the entire security and defence sector, volunteers and doctors, rescue workers and railway workers, farmers and IT specialists, we believe in Ukrainians and in Ukraine! Together to victory!" he said.

Today's report by Amnesty International stated that the Ukrainian Armed Forces were allegedly stationed in some civilian facilities, including educational institutions and medical facilities.

The presidential office responded to this report and stressed that Ukraine was clearly observing all laws of warfare and international humanitarian law. And the absolute priority for the Ukrainian Armed Forces is to preserve the life and health of each Ukrainian citizen.

Mykhaylo Podolyak, an adviser to the presidential office head, said that Russia was doing its best to discredit the Ukrainian Armed Forces in the eyes of Western societies and to disrupt arms supplies by using its entire network of agents of influence.

"It is a pity that an organization such as Amnesty is involved in this campaign of disinformation and propaganda," he said.